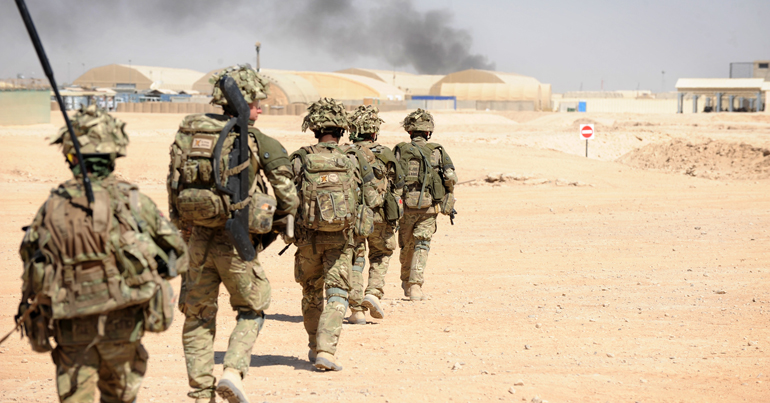 A scheme designed to protect Afghan interpreters who assisted the UK military forces has been dubbed an “utter failure” by MPs.

The Commons Defence Select Committee determined that far from providing reasonable protection to locally employed civilians (LECs), the ‘intimidation scheme’ has left thousands of in danger. And these are people who risked their lives assisting the UK.

In the damning report, the committee pointed out the government had gone to great lengths to prevent Afghan civilians who assisted the UK armed forces from relocating to the United Kingdom:

as it currently exists, the Afghan Intimidation Scheme appears to go to considerable lengths to preclude the relocation to the UK of interpreters and other locally employed civilians who have reported threats and intimidation. Instead, the scheme has prioritised internal relocation and personal security measures, with admission to the UK treated as an absolutely last resort. The result is that not one person has been relocated to the UK under the current Intimidation Scheme.

The committee also found it unlikely that no civilians were eligible for relocation to the UK:

Given our Government’s own stark assessment of the perilous Afghan security situation, the idea that no interpreters or other former LECs have faced threats and intimidation warranting their relocation to the UK is totally implausible.

This sentiment was echoed by former defence attaché to Kabul, Col Simon Diggins:

We have credible evidence of individuals being murdered, others have been chased out of their homes.

As a last resort

The intimidation scheme, initiated in 2010, is open to LECs who assisted UK military forces. Through the scheme, the government assists civilians who are under threat from the Taliban or Daesh (ISIS/ISIL). The scheme seeks to relocate LECs within Afghanistan. It also offers financial and security support to individuals who feel they’re under threat. But the government will only relocate civilians to the UK as a “last resort”. Despite the obvious danger to LECs, it’s yet to relocate anyone.

In contrast, the similar redundancy scheme has resulted in around 450 LECs and their families being brought to the UK. But this scheme is only available to LECs employed by the army for at least 12 months prior to December 2012.

The committee deemed the redundancy scheme to be “generous and proportionate”. However, the report indirectly criticised the effect of the government’s hostile immigration environment on LEC’s:

According to these LECs, the uncertainty over their residency status had prevented many from finding a job, in turn making it more difficult to afford the fees demanded for Indefinite Leave to Remain. The LECs also referred to dependents who either had to stay at home to care for family members, or were unable to afford the costs of travelling to Kabul to secure their visas, and are still in Afghanistan.

Many LECs relocated to the UK have faced hostility from the Home Office. Following a public uproar, the government waived unreasonably high immigration fees for 150 LECs. More concerning, the high court had to step in when former Home Secretary Amber Rudd attempted to deport an LEC back to Afghanistan.

As distressing as these revelations are, they’re hardly surprising. The Windrush scandal taught us just how hostile the government’s immigration policy is.

The LECs risked their lives and the lives of their families to assist the UK during the Afghanistan invasion. Their treatment at the hands of this government should be a source of national shame.