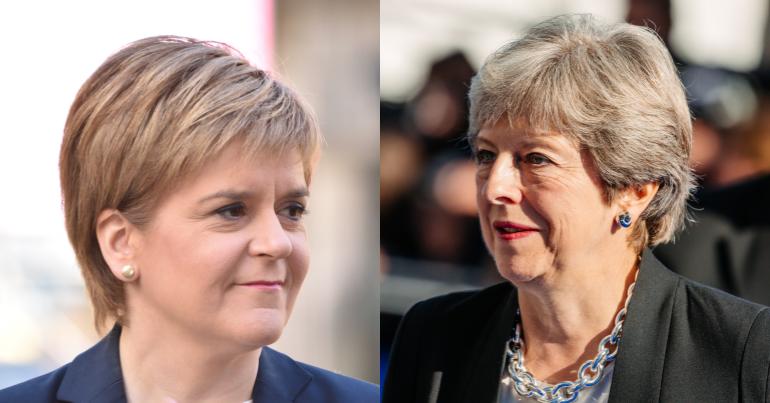 Scotland has just truly stuck it to Theresa May and her ‘hostile environment‘. The government has laid out plans to implement a radical change in its laws. Refugees and asylum seekers resident in Scotland may soon have the chance to vote on the country’s future.

Minister Joe Fitzpatrick confirmed on 23 May that the government will be putting forward proposals to give the vote to all legal residents in Scotland. This will include refugees and those seeking asylum in the country.

Although not yet passed, campaigners have celebrated the announcement. The Scottish Refugee Council said they hoped the move would lead to other nations seeing the “fully active role” refugees can play in society.

The proposals from the government need support from two-thirds of MSPs at Holyrood to become legislation. This means that Labour or the Conservatives would need to join with the SNP and Scottish Greens to support the bill.

The announcement came in the wake of a public consultation launched in December 2017. The paper [pdf] included questions on parliamentary term length [pdf, p6], online voting [pdf, p19] and extending the vote to residents who are not citizens of the UK or EU [pdf, p26].

The Scottish Parliament gained powers over the running of elections in 2016. Changes proposed in the paper would see the vote given to all non-EU and Commonwealth citizens in local council and Holyrood elections.

In the session at parliament, the Scottish Greens raised the question of refugees and asylum seekers. Business minister Fitzpatrick confirmed their inclusion, saying that anyone who lives and contributes in Scotland should have the right to vote. Speaking after the announcement, Green MSP Ross Greer said:

Giving refugees and asylum seekers the right to vote will go some way in showing that they are truly welcome and that Scotland is their home.

The SNP also presented a vision for an Independent Scotland on Friday 25 May in the Growth Commission report. One of the key features of the report was the desire to attract more skilled migration. It featured proposals to offset the costs of migrating to Scotland with reductions in income tax.

Big differences already exist between the Scottish and British electoral systems. 16-17 year-olds and EU citizens are two groups excluded from voting in British parliamentary elections. Both can participate in the Scottish system.

There is also the matter of proportional representation. Parties such as the Greens have long argued against the first past the post (FPTP) system used in Westminster elections. Opponents have claimed FPTP leads to millions of wasted votes and does not represent the wishes of the electorate.

In 2015, for example, the Conservatives got one seat for every 34,244 votes. In stark contrast, the Green Party registered 1,157,613 votes per seat won. The 2015 election gave the Conservative Party a majority in the House of Commons, despite it only gaining 36.9% of the total votes.

While by no means perfect, the additional member system (AMS) implemented in Holyrood elections does seek to address that. In effect, you get two votes, one for your constituency representative and one for a regional. This system is designed to decrease the number of wasted votes.

If the 2016 Scottish election had been held in the style of FPTP, the SNP would have won 59 out of an available 73 seats. But thanks to the regional top-up lists the party ended up two members short of a majority in the 129 seat chamber. Which is much more in line with its vote share of 46.5%.

The system does have its flaws though. Labour finished with seven seats less than the Conservatives in 2016, despite a 0.6% lead over the party in the constituency polling. Some also believe the system plays a part in the comparatively low turnout figure at Scottish parliament elections. The Welsh government and the London Assembly use the system too.

The UK government’s ‘hostile environment’ has brought immigration issues back to the fore. But there is a growing case for re-evaluating the whole system at Westminster. Not least because of the masses of people excluded from participating.

If we wish for people arriving on these shores to integrate and feel part of this society, it seems right that they should be included in the biggest decisions we make as a country.

Giving people a voice will help them feel wanted and encourage them to take part in the political debate across the UK. If nothing else, it would certainly send a positive message of inclusion. And that is a message that is badly needed right now.