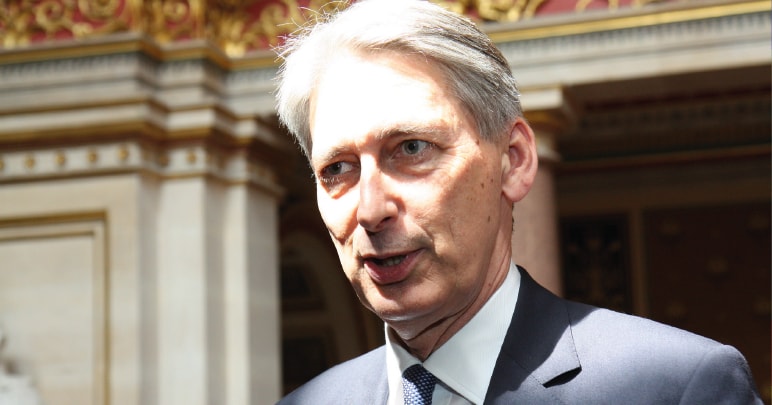 Chancellor Philip Hammond has said the UK will “go it alone” and construct its own GPS system in space if the EU does not grant the country post-Brexit access to its Galileo system. And people have reacted angrily.

Galileo is the European Union’s Global Satellite Navigation System (GNSS), known as the ‘European GPS’. But after Brexit the EU may not allow the UK to access the state-of-the-art technology.

Hammond recently renewed his commitment to continue austerity across the UK. Talking about the austerity ‘tunnel’ and the UK economy, he said:

we are still in the tunnel at the moment. We have to get debt down

And yet, regarding a possible UK GPS space programme, he said:

We need access to a satellite system of this kind. A plan has always been to work as a core member of the Galileo project, contributing financially and technically to the project.

If that proves impossible then Britain will have to go it alone… we need access to a system and will ensure that we get it.

The Galileo system’s cost is £9bn until 2020. By comparison, the system in use by the US cost $12bn to put into orbit, and it requires a $750m investment to run annually.

Philip Hammond can find billions of pounds at the drop of a hat for a space programme, yet is not prepared to find the money our vital public services like the NHS desperately need

Elsewhere, people were quick to point out the rising costs of Brexit:

Galileo cost the EU about £9 bn. If the UK had to build its own network as the Chancellor is suggesting that would be another £9bn the govt would have to find in setting up post-Brexit infrastructure (£138 for every citizen). Those costs are totting up. https://t.co/glFXpC9xdY

While others highlighted the government’s contradictory position over austerity:

New magic money tree found, but not for the NHS. This one is for something completely unnecessary. https://t.co/tWhRCZd7KG

Dear Mr Hammond, UK fiscal prudence lead, may I point out:
1. Pillow cases are rarer then gold dust in most A&Es
2. Some NHS hospitals can’t afford to clear their cockroaches
3. Cataract, hip & knee ops are now being rationed
4. Are you stark raving mad?https://t.co/W7he5eVmsC

It’s not the first time the government has been able to find money at the drop of a hat. The Conservatives struck a £1bn deal with the DUP in 2017 to secure the party’s support for their minority government. Commentators called [paywall] this a “bung”.

While the Conservatives have long said that austerity is necessary, many fear it is a front to dismantle the welfare state in Britain, with the NHS, in particular, a prime target.

The government’s ability to come up with billions of pounds to fund a space programme shows those fears are understandable.