Just look at the former job of the new Tory justice minister. Conflict. Of. Interest. - Canary 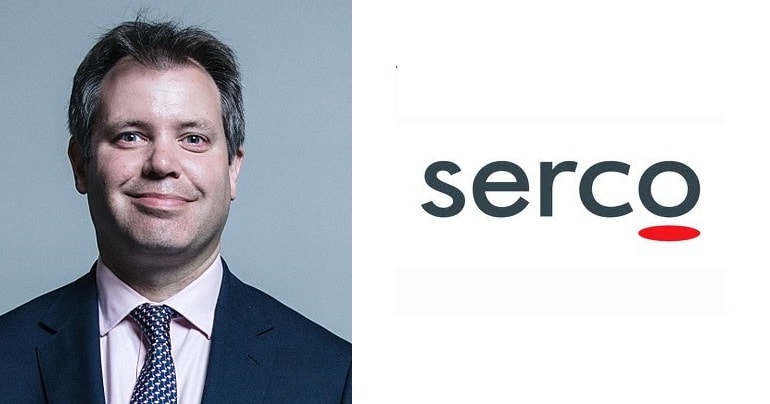 The appointment of the new Conservative justice minister, Edward Argar, shows how far corporate influence over government has gone. Argar is the former head of UK and Europe public affairs at outsourcing giant Serco. Among a huge portfolio of running public services for profit, Serco governs five private prisons in the UK. And the corporation is subject to a criminal investigation by the Serious Fraud Office (SFO).

Still, the Conservative government denies that Argar has a conflict of interest in his new ministerial position.

The SFO is still investigating Serco over a contract from the Ministry of Justice. In 2013, the outsourcing multinational was apparently charging the taxpayer for electronic offender tags that didn’t even exist.

Argar worked as the boss of public relations at Serco for three and a half years until August 2014. He became the Conservative MP for Charnwood in 2015.

Offshore law firm Appleby regards Serco as a “high-risk” client with a “history of problems, failures, fatal errors and overcharging”. Despite such warnings and the fraud investigation, Serco is still receiving discount government contracts. Serco profits from delivering health, transport, immigration, citizen, defence, and justice services in the UK.

Outsourcing on this scale enables the government to avoid transparency, because corporations like Serco are not subject to Freedom of Information requests. Companies also siphon off huge profits from essential services, while governments minimise their responsibility when things go wrong.

Responding to critics, Serco has championed the corporate renewal programme it undertook after 2013:

The success of this programme is evidenced by the fact that governments in the US, UK and Australia have all awarded and renewed major contracts with Serco to manage highly sensitive public services

Serco also runs Yarl’s Wood, the immigration detention centre accused of a number of abusive practices. Returning from the centre on 14 June, Caroline Lucas said that what she’d seen was “nothing less than psychological torture”.

The Conservative government prevented shadow home secretary Diane Abbott from visiting Yarl’s Wood for over a year. But after speaking to detainees at the centre in February, Abbott said:

Yet the new justice minister was a PR boss at the outsourcing giant. A Ministry of Justice source told the Mirror:

The Government benefits by having Ministers with a breadth of previous experience.

Serco continues to enjoy lucrative government contracts, despite its history. Argar has gone from head of public relations at a corporation that runs huge sections of Britain to the minister for justice. His previous job was to protect the public image of a huge company he is now supposed to regulate. The normalisation of such a revolving door shows how entrenched huge corporations are within our public sphere.

While companies such as Serco make huge profits, people like the women of Yarl’s Wood fall by the wayside. Essential services should be run for people not profit. End of.

-Get woke with We Own It.