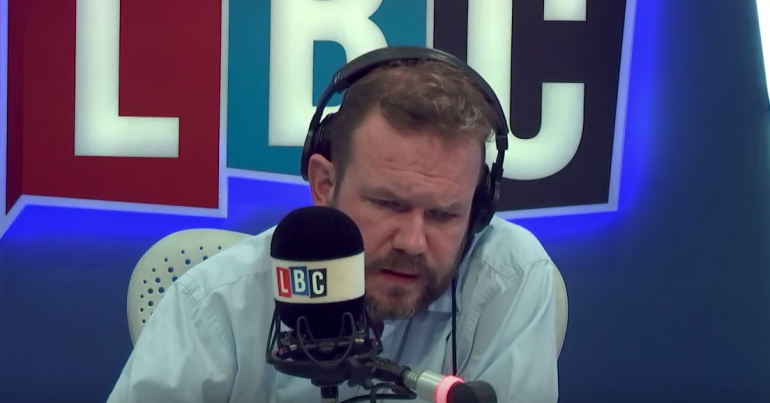 Last October, a landlord called LBC and spoke to presenter James O’Brien about a tenant who was waiting for his Universal Credit payment. This Friday, he called again to give him an update on the situation. The man in question killed himself.

The Canary recently reported on the benefit’s major failings. The Department for Work and Pensions (DWP) has failed to support vulnerable claimants and has underestimated the hardship Universal Credit is causing. 10,000 people have waited five months or longer for their payment.

Dan rents out homes to many tenants who are benefit claimants. O’Brien asked Dan if the situation with Universal Credit was improving. Dan explained that from his perspective, it seems to be getting worse. His tenants don’t have enough money for food. Financial difficulties have also been fuelling their mental health issues. And updating O’Brien on one tenant he mentioned last year, Dan said:

Unfortunately, the chap who I previously spoke about, he killed himself in our apartment. About two weeks after, there was a payment made to him.

He was known to the local authorities. His mental health was getting worse due to the fact that he couldn’t afford to do anything.

People on Twitter shared O’Brien’s upset about the tragedy, as well as stories of people struggling under the benefits system. One user, who works in mental health, tweeted:

@mrjamesob @lbc I work in the field of MH. I see hospitals not being able to discharge a person because it is not safe because they have no way of caring for themselves. I see people selfharming and attempting suicide due to the stress UC has caused. #SuicidePrevention

As The Canary previously reported, the roll-out of Universal Credit has sent claimants into desperate situations as they go without payment.

The Mental Health Foundation notes how the implementation of Universal Credit is worsening claimant’s mental health issues. The charity states:

Living in a climate of fear whereby loss of money is a constant threat hanging over your head is likely to lead to poor mental wellbeing. Increased use of sanctions will further exacerbate already challenging circumstances for some of the most vulnerable in society.

Information obtained by Mental Health Foundation Scotland suggests that there have been an increasing number of phone calls to the Department of Work and Pensions from those who identified as being at risk of self-harm or suicidal thoughts as a result of the sanctions being forced on them or changes to their benefits. The impact of UC is a real public health concern.

Asides from sanctions, other financial pressures exist within the UC structure. On average, there is a full six-week waiting and assessment period before the first UC payment is made.

The roll-out of Universal Credit is leaving vulnerable people insecure when it should really add security to their lives. The welfare system is driving debt, worsening poverty, and leaving people feeling suicidal. It’s becoming clearer every day that Universal Credit just isn’t working. We can’t afford to lose any more lives to this broken system.