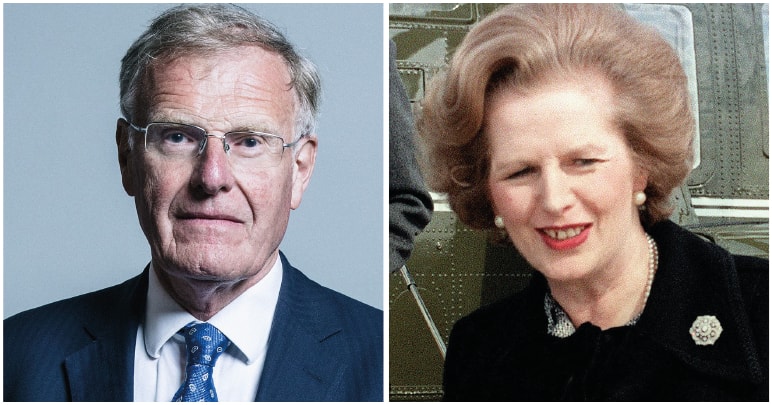 On Friday 15 June, Conservative MP Sir Christopher Chope objected to a bill that would make upskirting illegal. His objection will delay the progress of the bill becoming law. But why did he do it?

Chope and other ‘libertarian’ Conservatives often object to private members’ bills on principle, as they regard them as:

There are some claims that Chope didn’t even understand what upskirting is. But his voting record shows he frequently objects to laws that support women. And not just women.

Lowlights from Chope’s voting record shows that he:

If you delve into the other things Chope has supported, things get even worse.

Chope’s time in politics has seen him:

Also in 2013, Chope was part of the ‘Alternative Queen’s Speech’. This proposed:

Despite all this, Chope was made a knight bachelor in the 2018 New Year honours list. And it was Theresa May who gave it to him – alongside several other influential backbenchers. At the time, there were accusations of “cronyism”.

The bid to make upskirting a criminal offence has been blocked by Tory MP Christopher Chope in the Commons. "Cries of 'shame' could be heard," @PA reports. I bet they were https://t.co/8dJKHghEGz

A bill to make upskirting an illegal offence was blocked by a Tory MP. Taking a picture/video up a woman’s skirt… without consent. It takes one objection to stop a bill getting a second reading. Why would anyone NOT want this criminalised? Christopher Chope best explain himself pic.twitter.com/osbKLv9UyX

Just about everybody:
"Yeah I'd be up for a law that prevents people from shoving a camera up my fucking skirt and taking a photograph of my junk"

Labour have supported this campaign from the start, it's time for the government to bring legislation and not rely on Private Members Bills, which their own MPs have undermined.

Chope also once filibustered a bill that would make revenge evictions a criminal offence. This is particularly troubling, as Chope is also a private landlord.

Despite Chope’s opposition, it looks like violating women with upskirting photographs will eventually be illegal. Chope’s record does show two things though. Firstly, that the Conservative Party has some of the worst MPs this country has to offer. And secondly, that there’s no act so depraved it can stand between a politician and the honours list.