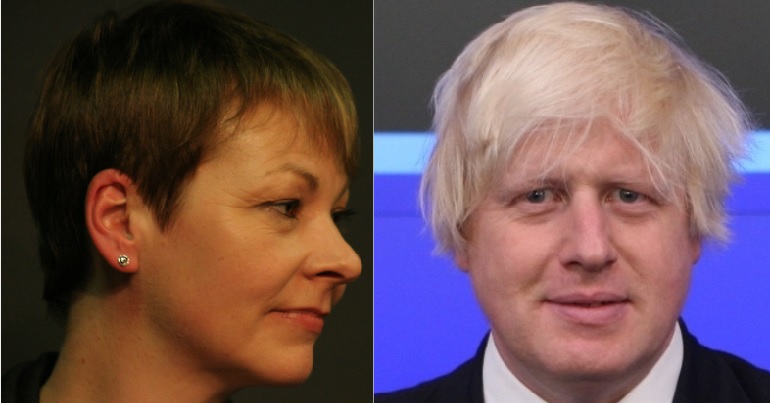 Green MP Caroline Lucas launched a scathing attack on Boris Johnson on 16 June. Speaking to The Guardian, she hit out at him over the government’s commitment to building a third runway at Heathrow.

Johnson has previously been deeply critical of plans to build the third runway. In 2015, he claimed he would lie down “in front of those bulldozers and stop the building, stop the construction of that third runway”.

But it’s been suggested Johnson could be absent from a vote on the plans. This would be a way of him avoiding voting against the Government, while also not losing face over his past opposition.

When asked to comment on the idea that Johnson could be absent for the vote, Caroline Lucas was damning. She told The Guardian:

I think it would be despicable. He’s promised to stand up for something; he’s gone to the polls and said: ‘This is what I stand for.’ And no one is going to believe that absence from the country was seriously unavoidable. I just think the cowardice of that is grotesque.

Elsewhere in the interview, Lucas explained why resisting the Heathrow expansion is so vital. Describing Heathrow’s expansion as starting an “arms race” of airports, she explained the impact it could have:

We know aviation is one of the fastest growing sources of emissions; we know emissions at altitude are a lot more damaging to the climate than they are at ground level; we know that if Heathrow expands then it’s almost like an arms race between the different airports across Europe, because they’re all in a fight for passengers.

Opposition to Heathrow expansion is widespread. A coalition of four councils in the area is preparing a legal challenge over concerns about noise and air pollution. Friends of the Earth responded to the government’s announcement by saying:

Heathrow expansion would be bad news for our climate and bring more noise, air pollution and misery to local residents.

Meanwhile, activists from the new campaign group Vote No Heathrow have been taking part in a hunger strike to pressure Labour and the SNP to vote against the third runway.

With opposition building, the pressure is mounting on Boris Johnson to honour his past positions. His voice could be crucial in the government’s plans.

– Keep up to date with Friends of the Earth and Vote No Heathrow.