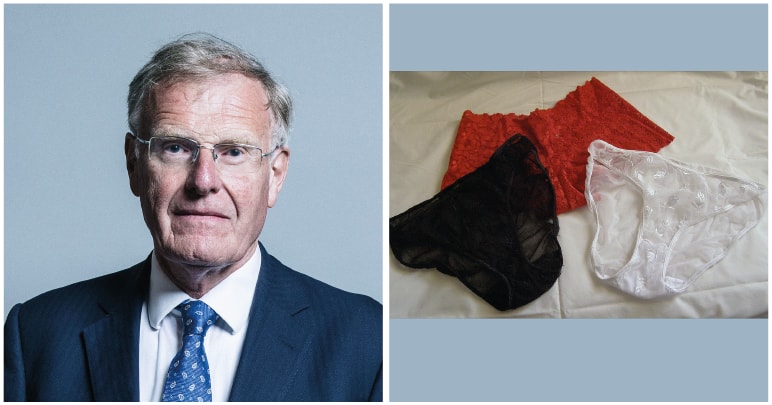 On Friday 15 June, Sir Christopher Chope blocked the progress of a law to make upskirting illegal. Although Chope later claimed not to know what upskirting is, his track record on both women and progressive politics is dire. It’s also Chope’s responsibility to understand what he’s objecting to. And as such, it’s difficult to feel sympathy for him becoming the poster boy of privacy violation.

People have found ways to fight back, though. Including one woman who thought of the most brilliant protest at Chope’s constituency office:

I’ve made a small protest of knicker bunting outside my MP Christopher Chope’s constituency office #upskirting #Chope #shame #christchurch #knickerstochope #upskirtingbill ‘no one should be able to photo my pants unless I want them to’ pic.twitter.com/y5vjnpncpK

“No one should be able to photo my pants unless I want them to.”

Lorna Rees – the mastermind behind the protest – thanked a number of people for inspiration:

Inspired in part by @Craftivists who make brilliant gentle protests through craft (though this was rather flung together in anger and haste!).

btw – the brillant *actual* heroes trying to change the law and stand up for #upskirtingbill legislation are @beaniegigi @Wera_Hobhouse and people like @jessphillips. Friday was desperately frustrating. I hope my anti-Chope constituency pant protest shows solidarity.

Some people agreed that gentle protest was the best way forward. They also agreed Chope may have shot himself in the undies with his stunt. Because who, in future, could bring themselves to vote for someone so obviously pants? 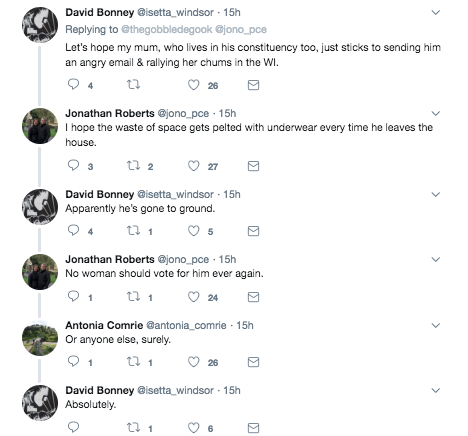 Rees later made Chope’s publicly available address more widely known, so other people could protest him. One Twitter user objected to this: 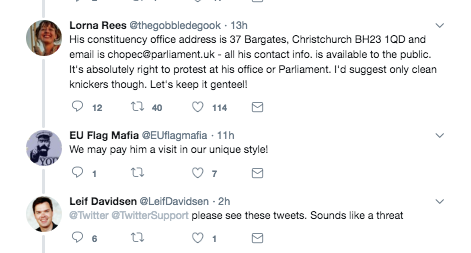 Possibly he was worried someone might take pictures of Sir Chope without his permission?

It’s unclear why Sir Chope did what he did. Maybe it was about parliamentary procedure and libertarian conservatism – two things he’s shown clear disinterest in throughout his career? Or maybe it was just another in a long line of moves that diminish the safety and equality of women?

Either way, Sir Chope has made himself the face of the issue. And as such, he can expect doctored images like this for the rest of his career (which hopefully won’t be very long): 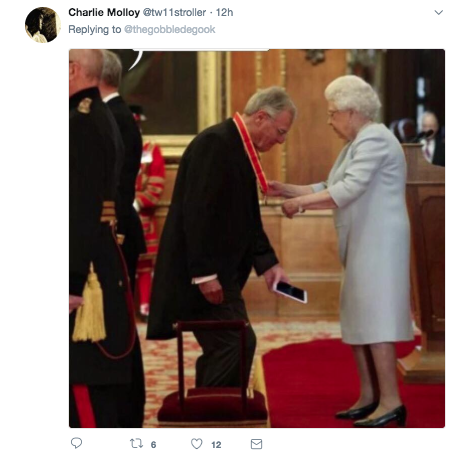 Oh, and if you didn’t know already, he isn’t even a full knight. He’s a knights bachelor. Which is a lower rank of knight – one he’s somehow brought even lower.