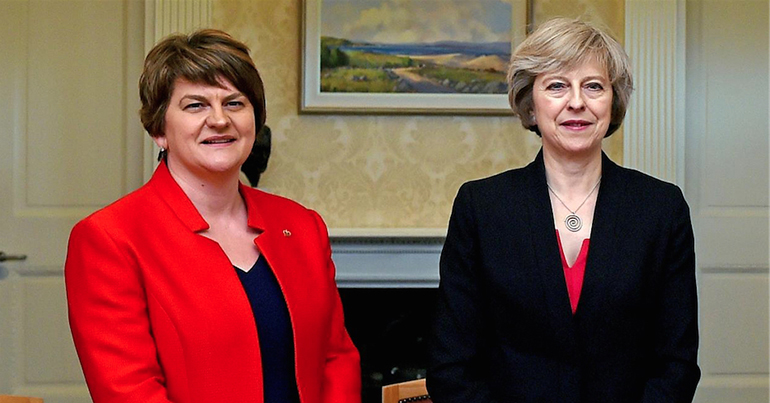 At its Ard Fheis (party conference) on 16 June, Sinn Féin delegates voted to allow abortion in Northern Ireland for a “limited gestational period”. This puts the party in line with proposed abortion law in the Republic of Ireland, but opposed to its potential power-sharing partners in the pro-life DUP.

Theresa May’s deal with the DUP means it’s unlikely she will force them to change. But it leaves women in Northern Ireland without a choice.

Sinn Féin’s previous position supported abortion where there was a danger to the mother’s life; in cases of rape or incest, and in instances of fatal foetal abnormalities. This vote expanded that position to include support for proposed abortion law change in the Republic of Ireland.

Change in the Republic of Ireland is expected to allow unrestricted abortions for up to 12 weeks. Abortion will still be possible afterwards if there is a risk to the life or health of the mother, or if there’s a fatal foetal abnormality. This follows the recent abortion referendum result on 25 May.

While Sinn Féin MPs refuse to take their seats in Westminster, seven were elected in the 2017 election. It also holds 27 of the 90 seats in the Northern Ireland parliament, while the DUP hold 28. So its new stance on abortion carries weight.

Pressure on May and the DUP deal

This vote puts a lot of pressure on May’s confidence and supply deal with the DUP. Its deal means the DUP supports the Conservative government on key issues such as motions of confidence, finance, Brexit, and national security. All other matters are “agreed on a case by case basis”.

As support from the DUP’s 10 MPs guarantees the survival of May’s government, it means May is in a difficult position. But growing support for abortion rights in Northern Ireland also means the DUP are out of touch with a large number of people in Northern Ireland.

While the 1967 Abortion Act made abortion legal in the UK, it wasn’t extended to Northern Ireland. This could change if there was a sitting government there.

Support for abortion rights in Northern Ireland is growing. And when the Republic of Ireland enacts legislation following the recent abortion referendum result, it could force Theresa May to bring about change too.

Decision time for May

May needs the 10 DUP MPs for the survival of her government and for Brexit. it appears unlikely the DUP will change its position on abortion, though. So as long as the Tory/DUP pact remains in place, women in Northern Ireland will not have full control of their own bodies.

– Join The Canary, so we can keep holding the powerful to account