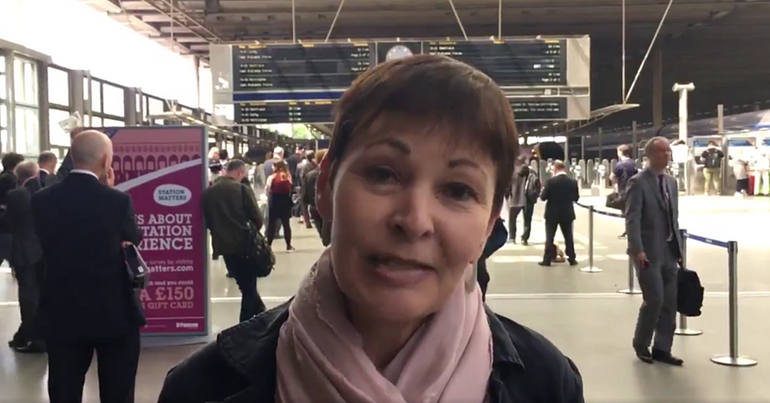 An MP has just accused the government of “psychological torture” over its policy of indefinite detention of immigration detainees. Caroline Lucas, Green MP for Brighton Pavilion, was speaking after a visit to Yarl’s Wood immigration detention centre in Bedfordshire.

My abiding thought as I come away from there is just how so much misery, so much despair, so much hopelessness, is contained within the walls of the Yarl’s Wood detention centre.

Yarl’s Wood – run by private company Serco – holds up to 410 people. These are mostly women and adult family groups. An undercover investigation by Channel 4 in 2015 found detainees being referred to as “animals”, “beasties”, and “bitches”. In 2016, the Home Office rejected a request for information about sexual abuse in Yarl’s Wood because it could damage Serco’s “commercial interests”.

Earlier this year, over 100 women went on hunger strike at the centre. Their demands included an end to “systematic torture”, proper healthcare, and no more indefinite detention. Many women have shared their experiences of Yarl’s Wood on a website run by the detained voices collective.

The UK is the only country in Europe that uses indefinite immigration detention. Each year, 30,000 people are locked up in the UK with no authorisation from a judge. Many are asylum seekers. And according to the Migration Observatory, 46% of those detained in 2016 sought asylum at some point. Many of the women detained are survivors of sexual violence.

We’ve seen all of the chaos around the Windrush scandal, and to my mind there’s another scandal unfolding right now inside Yarl’s Wood detention centre. So I’ve come out absolutely redoubling my efforts and energy and commitment to end indefinite detention.

Welfare “at the forefront”

Why can every other EU country manage with a time limit on immigration detention, but not the UK?

Nokes didn’t answer the question, and instead replied that the welfare of those in detention was “absolutely at the forefront”.

Both Liberty and Amnesty are running campaigns to end indefinite detention.