Theresa May is preparing Britain for a no-deal Brexit, and it's terrifying - Canary 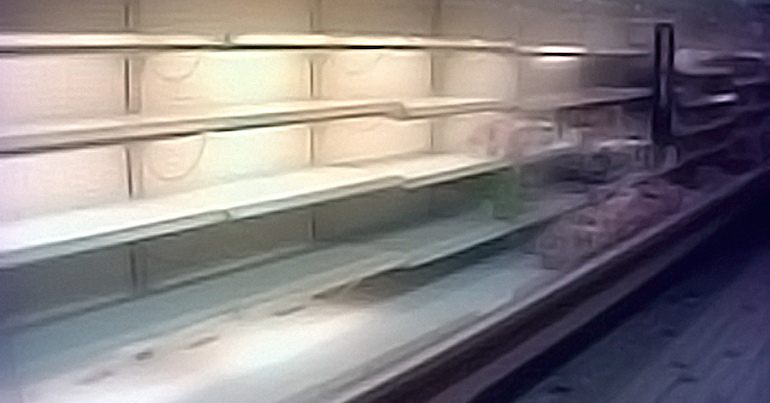 Theresa May has admitted her government is now preparing the UK for a worst-case scenario of no-deal Brexit. This follows a warning by Whitehall civil servants that a no-deal could see “Armageddon” and empty shelves in supermarkets.

The government plans to send out [paywall] seventy no-deal ‘technical documents’ over the coming weeks.

On 18 July, May told the Brexit liaison committee of MPs:

Over August and September we are going to be releasing a number of technical notifications to set out what UK citizens and businesses need to do in a no deal scenario, so making much more public awareness of the preparations. We imagine there are going to be around 70 of those technical notices that will be issued.

Advance warning of this came in June. It was reported that Whitehall officials were planning models for a no-deal Brexit, including an “Armageddon” scenario. The officials said:

In the second scenario, not even the worst, the port of Dover will collapse on day one… The supermarkets in Cornwall and Scotland will run out of food within a couple of days, and hospitals will run out of medicines within two weeks.

A 2017 study [pdf], ‘A Food Brexit: time to get real’, warned that the worst affected will be the most vulnerable in society, particularly people who use food banks. The study added that, according to the British Retail Consortium, food prices will likely rise by 22%.

One of the authors, Professor Tim Lang (City, University of London), said:

A food system which has an estimated three to five days of stocks cannot just walk away from the EU, which provides us with 31 per cent of our food.

At this point, there’s no indication how the government would proceed if a no-deal Brexit resulted in a national emergency. However, appropriate legislation is already in place in the form of the Civil Contingencies Act 2004. This includes the enactment of emergency powers in case of potential disruption to the supply of money, food, water, energy, fuel, communications and transport. County-based civil contingency units (CCUs) can also assist. CCUs include district councils, the emergency services (police, fire and ambulance services), representatives from local health organisations as well as the Armed Services.

In addition, the police can request military assistance in civil emergencies.

The last time emergency powers were enacted in the UK was in 1973/74 by Conservative prime minister Edward Heath, who went on to impose a three-day week in response to the miners’ strike. A general election was called only weeks later. Heath lost. 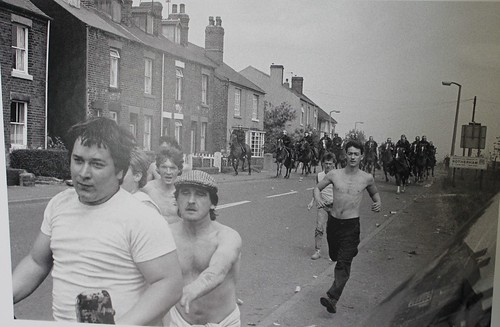 Meanwhile, the EU is preparing for the worst.

In a speech in Ireland in June, EU Commissioner Phil Hogan explained that:

The EU is ready for the worst. It will not be surprised by a UK non-decision to crash out because the mutineers succeed in running down the clock. It is prepared in case the most painful Brexit becomes a reality.

The European Commission has been sending out this message loud and clear. President Juncker, acting on instructions from the EU Chief Negotiator Michel Barnier, has engaged the Commission’s Secretariat General to issue 60 “preparedness notices” to key stakeholders.

The EU Commission has also issued seven preparedness fact sheets, as well as a document that outlines some of the major consequences [pdf, p6] for a no-deal.

If the warnings about the consequences of a ‘no deal’ are correct, the reality for people across the UK could be obvious within days of leaving the EU. And as with petrol during the 1974 ‘state of emergency’, rationing of some sort can’t be ruled out.

The first people to be hit by the consequences of Brexit will be food shoppers.

How those directly affected – whatever their Brexit views – would react to food shortages, petrol shortages, price hikes and the like is anyone’s guess. What does seem clear though is that the government looks determined to push ahead with its version of Brexit, regardless of the consequences for everyone.

– Ask your trade union or community organisation what their Brexit contingency plans are.

– Organise for a general strike against the Tories.