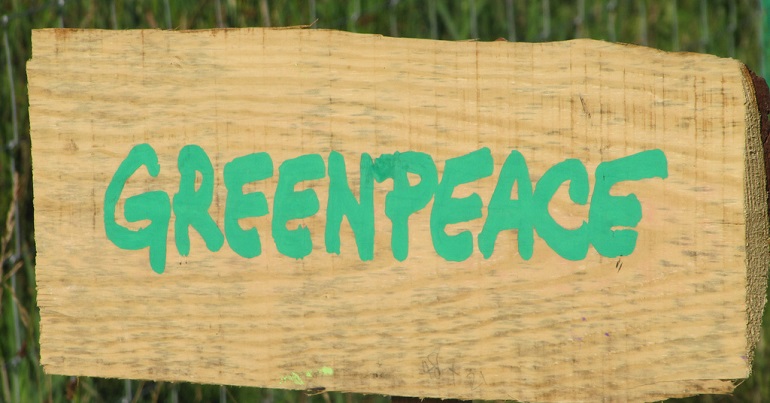 This week, the UK environmental movement lost one of its most prominent voices. Lifelong environmental campaigner Peter Melchett died aged 71. Melchett was a former executive director of Greenpeace UK. He most recently served as a policy director for the Soil Association. In 2000, he was acquitted of criminal damage charges after ripping up a field of GM crops.

Since his death, people have been coming together to pay tribute to his life and work.

The Soil Association released a statement detailing his lifelong campaigning. It also paid tribute to him on Twitter:

We are so saddened by the death of Peter Melchett, Policy Director at the Soil Association and champion of the environment and organic movement. A true campaigner all his days, he will be greatly missed by all his Soil Association colleagues https://t.co/DOd5A5f7hP pic.twitter.com/gw0AdlUkxC

Similar tributes have come from other organisations he worked with. Greenpeace tweeted:

We all live a little bit more peacefully with the earth and its animals as a result of Peter's efforts. He will be sorely missed ?https://t.co/2z7TEN8KiK

But tributes haven’t just come from organisations. In fact, people from across the political spectrum have shared their thoughts on Melchett, his work and its impact.

Labour MP Kerry McCarthy said that Melchett had “made a huge contribution to the environmental movement”:

Very sad to hear of the death of Peter Melchett. A lovely man who made a huge contribution to the environmental movement, most recently with @SoilAssociation. Worked closely with him on @APG_Agroecology. Will miss his advice, his idealism and our friendship.

She was also joined by Green MEP Molly Scott Cato who described Melchett as a “tireless campaigner” in the Guardian:

I am so saddened to hear of the death of Peter Melchett, a tireless campaigner for a form of farming that worked with nature rather than against her.

His work with the Soil Association helped establish its international reputation as the leading body on organic farming principles.

By pushing for the highest possible standards of animal welfare and environmental and wildlife protection, his life’s work will stand the test of time.

Even some Conservatives shared a homage to him. Zac Goldsmith MP said:

Very sad to hear about the death of Peter Melchett. He was a brave, brilliant and committed environmental campaigner, and a good friend. He will be hugely missed.

He was called Lord Melchett and he came from Norfolk. A great man therefore … https://t.co/GIATL5jI28

A life of campaigning

Before becoming a prominent environmental campaigner, Melchett served in James Callaghan’s government in the 1970s. He held a number of roles, including in the Department of the Environment and as a Labour Party whip.

After leaving frontbench politics, he moved into the world of grassroots campaigning. He became president of the Ramblers Association in 1981, advocating for people’s access to walk freely on land.

Later, Melchett was arrested trying to cut through a fence at a military base. He was participating in an anti-nuclear protest at the time. In 1985, he started working at Greenpeace and stayed with them until 2000.

With tributes coming from a wide range of people, it’s clear that Melchett and his long-running campaigning will be missed.

– Find out more about some of the groups Melchett supported.