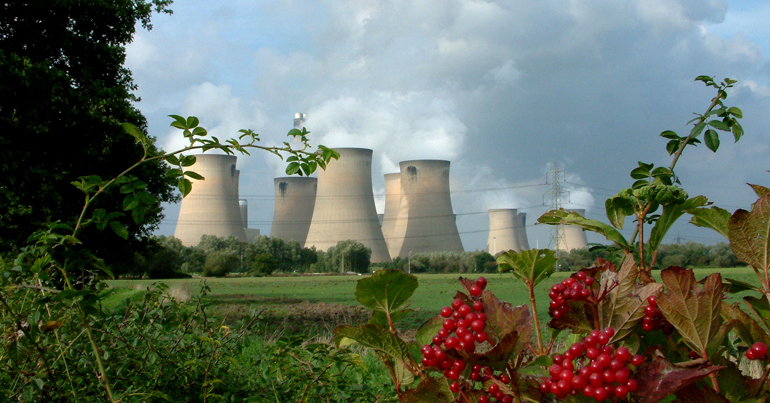 Environmental groups have signed an open letter calling on the government to reject plans for a new gas power station due to be built in North Yorkshire. British energy company Drax revealed plans to convert two Shelby coal-powered plants into a gas plant. The plant would be the largest in the UK. The letter, addressed to business and energy secretary Greg Clark, calls on the government to refuse planning permission to Drax.

So far, 79 groups have signed the letter including various groups from the Friends of the Earth network, anti-fracking organisations, and the Green Party.

A blow to the Paris agreement

The government has announced that it will phase out the use of coal by 2025. However, the letter argues that the new gas plant will make a substantial contribution to greenhouse gas emissions. The groups insist that:

In order to meet the goal of the Paris Climate Agreement, it is vital for the UK to phase out carbon emissions from fossil fuels and high-carbon biomass, not increase them. Permitting power stations such as Drax to burn large quantities of natural gas will push us beyond the 1.5 degree limit and prevent the UK from meeting its international climate change commitments.

According to the letter, construction of the plant would increase the need for further fracking in the UK and abroad:

A further concern is that Drax’s proposal comes at a time when greater reliance on gas would require either increased Russian imports or dependence on unconventional gas, especially fracking and horizontal drilling.

The government came under fire recently for revealing plans to make it easier for shale gas extraction companies to operate. This is despite large-scale public opposition to fracking in the UK. Opponents of fracking argue it not only risks contaminating water supplies, but it also contributes to climate change.

Environmental costs aside, the letter also points out that the proposed plant will require large-scale government funding:

Finally, we are concerned that Drax has stated that the project will need substantial funding from tax payers, in the form of Capacity Market Payment subsidies over a 15 year period.

In response to the letter a Drax spokesperson issued the following statement:

Drax’s highly efficient gas re-power project will help deliver the government’s commitment to remove coal from the UK grid. This will help meet the country’s climate change obligations at the same time as keeping costs low for UK consumers.

The project will upgrade existing infrastructure, protecting jobs and reducing investment costs, and build one of what could be one of the world’s largest batteries, to provide capacity, stability and essential grid services.

Drax is already the largest decarbonisation project in Europe through its use of sustainable biomass. Gas generation will bring the flexibility needed to support the UK’s ongoing energy transition.

According to the groups involved, denying Drax’s request to proceed with the gas plant plans would have a clear benefit:

This would reduce the UK’s carbon emissions, save biodiverse forests and protect communities from air pollution. It would also help the UK to meet its climate goals by creating a strong incentive to expand low-carbon renewable energy and investment in energy efficiency and conservation.

At the time of publication, the letter remains open to any organisations wishing to add their signatures. And it’s down to all of us to come together to oppose the plans.

– Support Friends of the Earth