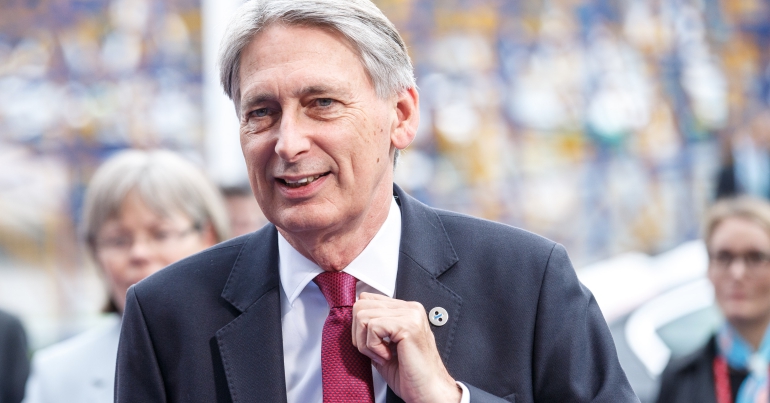 Back in 2015, former chancellor George Osborne promised a tax cut in Class 2 National Insurance contributions for self-employed people. It was supposed to save workers earning between £6,205 and £8,424 an estimated £134 a year. In 2017, Hammond made his first U-turn. He announced that it would be implemented in April 2018 instead of April 2019.

But now, he has scrapped the cut entirely. Sources vary, but the U-turn will affect between 2.7m and 3.4m workers. Shadow chancellor John McDonnell described the move as a “betrayal”:

Hammond's NICs tax hike is yet another betrayal of the self-employed.

Despite earning significantly lower today than they were in 2010, the self employed now face further tax rises while giant corporations see their tax bills slashed.

Self-employed people already live with financial insecurity. From not knowing when the next contract will come in to not having sick or holiday pay, it is a precarious situation:

It gets harder to make a living! I don't mind paying my tax. But as a self empolyed person with no fall back if I become ill I don't see how I can be expected to pay as much as an directly empolyed worker. Government is out of touch.

Political rhetoric will ramp up about how #selfemployed pay less tax than employed.

Self-employed lead significantly more precarious lives than those in everyday employment, & use public services less frequently & some (sick pay) not at all. https://t.co/P4CR2svg74

It appears that Hammond has managed to piss off the entire political spectrum. The TaxPayers’ Alliance tweeted:

'Millions of self-employed people in Britain who were promised lower and simpler taxes next year will be extremely disappointed by this announcement."https://t.co/I9FAf6M8BY

The various tax attacks we have had from the prev Chancellor & this Chancellor have been damaging to the economy & have had a big impact. I would urge the Govt to go back to a tax cutting agenda that will promote more investment, more growth & more spending. @BBCWorldTonight

The tabloid press also tore into Hammond with the Sun describing the move as ‘clobbering White Van Man’.

But as the Federation for Small Businesses pointed out:

“This raises serious questions once again about the government's commitment to supporting the self-employed” @MikeCherryFSB tells @BBCNews in response to announcement that Class II NICs will remain in place for self-employed https://t.co/FABl56siM0

Time and again the Conservative government has screwed over poor people. Whether it’s welfare claimants or self-employed people struggling to make ends meet, one thing is clear. The party only cares about the rich. Surely the time has come when we all agree that it’s time for a change? And then we can start building a country that puts the needs of ordinary people before those of a wealthy elite.