The DWP just made a damning admission about benefit assessments - Canary

The Department for Work and Pensions (DWP) has released the results of a claimant survey. It shows that one of its key policies could be failing hundreds of thousands of people.

Personal Independence Payment (PIP) is a welfare payment to help with the additional costs of sickness/disability. It was first rolled out in April 2013, to replace Disability Living Allowance (DLA). But since its started, PIP has been dogged by controversy; not least the assessment process.

Now, the DWP has released the results of a claimant survey about assessments. Buried in the report are the findings for the actual assessment. They show that a significant number of claimants had issues with their face-to-face assessments.

The first question is about the assessment’s content. It found that in four out of the five areas looked at, over a fifth of claimants had problems: 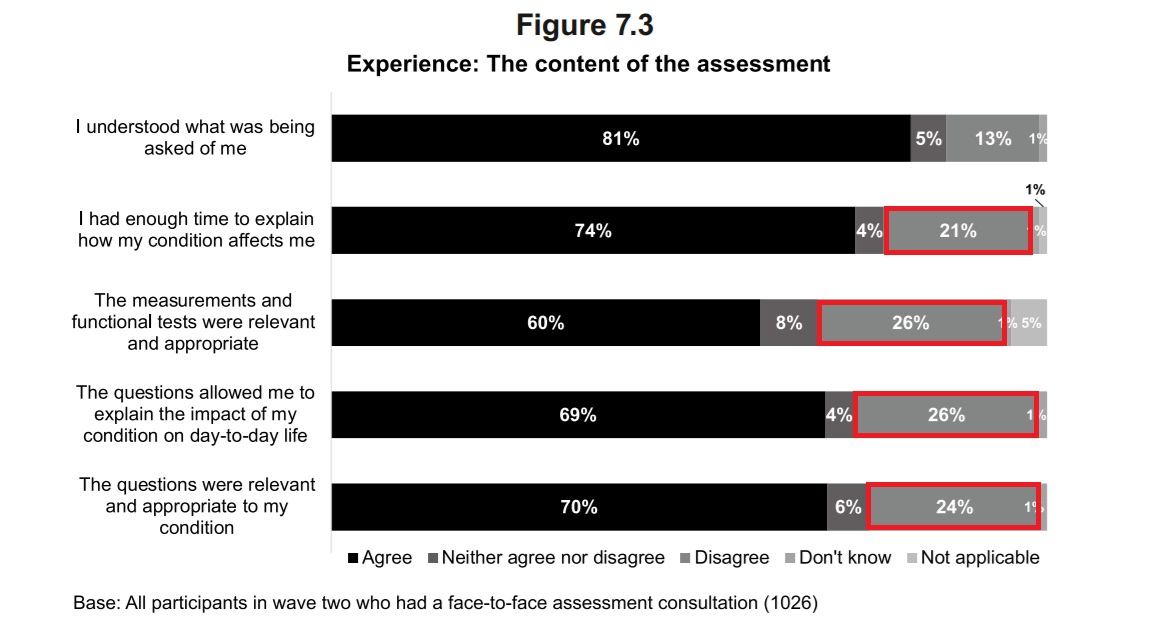 The next question was about the assessor. Over a fifth of people asked had problems in two areas: 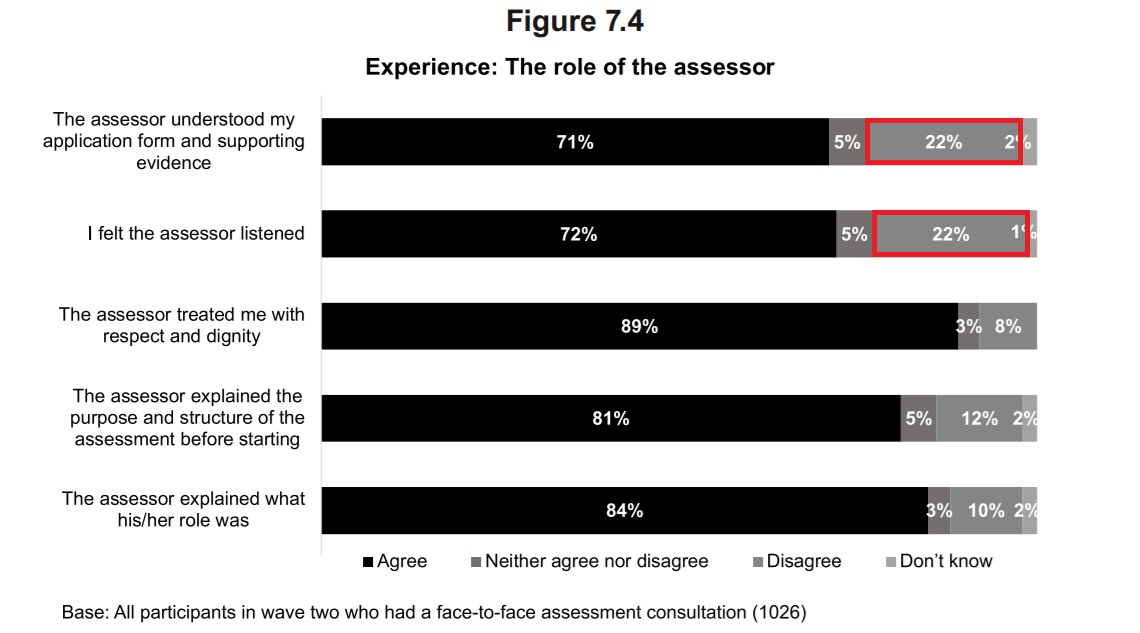 The DWP also found 44% of people thought the assessment was “as they expected”. Whether people’s expectations were good or bad is impossible to quantify as the DWP gave no measure for people to rate it against. So this result is essentially meaningless.

But what was telling is that 26% of people said the face-to-face assessment was “more difficult” than expected; because: 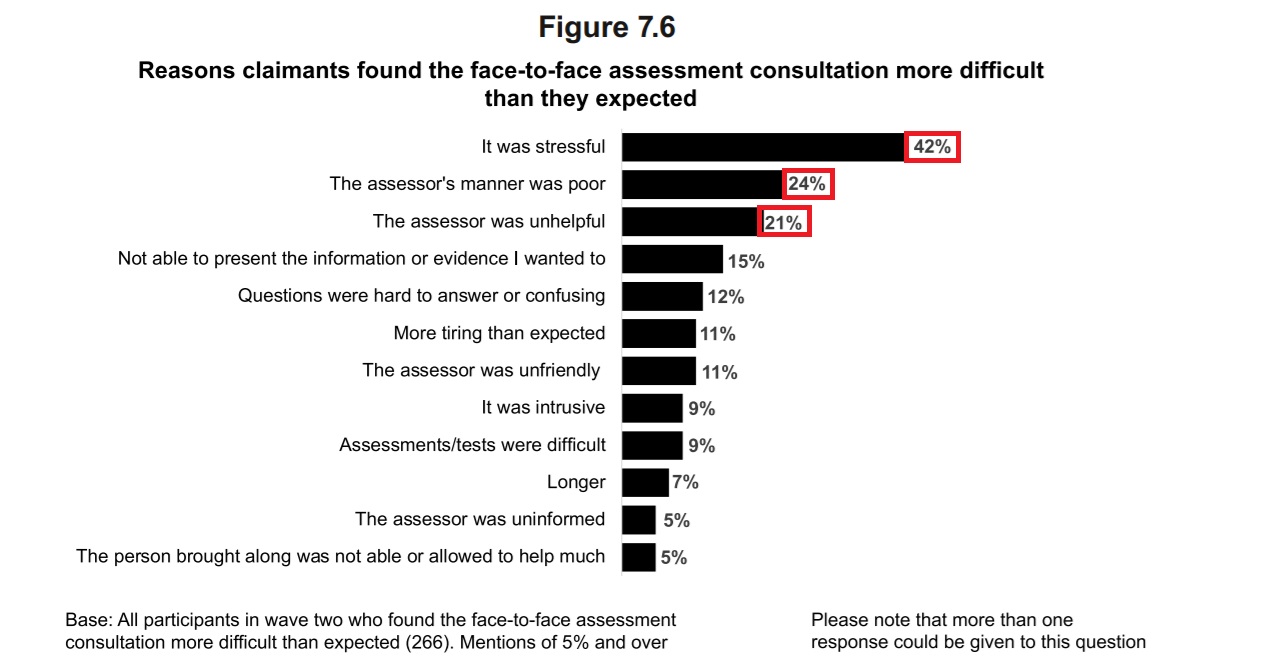 But the DWP survey threw up one more issue on the process. 31 claimants (3%) said that they were not able to properly explain how their condition affected them on the form or at the face-to-face assessment.

So, why does this survey matter?

The Canary has therefore applied the survey results to the 3,401,000 PIP the DWP signed off on between April 2013 and April 2018. This means that during the PIP face-to-face assessment:

These figures, based on the DWP confidence interval, could vary by up to 100,000 people either way. But it still means that the PIP assessments have failed hundreds of thousands of sick and disabled people.

Finally, if the 31 claimants who said neither the form or the assessment allowed them to explain how their condition affected them was applied to all PIP claims, then the process could have completely failed around 100,000 people.

By anyone’s measure, the survey shows the DWP’s assessment process is seriously flawed.

The Canary contacted the DWP for comment but had not received a reponse at the time of publication.