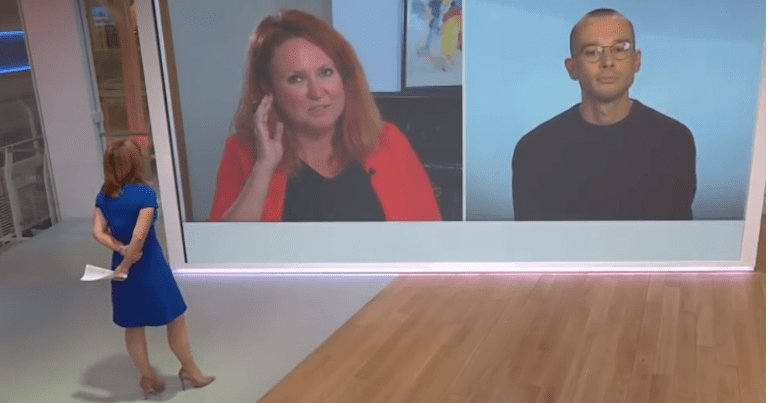 Novara Media’s Michael Walker left Blairite Nora Mulready shook on Sky News. Walker was debating with Mulready on the prospect of introducing ‘open selection‘ at the Labour conference in late September. Open selection means that people will be able to vote on who is going to be the Labour parliamentary candidate in each seat, before each general election. This takes the power of selection away from party elites and hands it to ordinary people.

“Very disingenuous to say this is about democracy”

Mulready was arguing that for pro-Jeremy Corbyn grassroots campaign Momentum, this isn’t really about democracy:

This is an attempt by Momentum to make it basically easier to deselect any Labour MPs who are not part of the… Jeremy Corbyn group-think the absolute… total loyalty to the leader… I think it’s very disingenuous to say this is about democracy.

Mulready thought she had Walker:

If they’re really interested in extending democracy and getting community leaders and activists… why stop at the Labour party membership choosing Labour candidates? Why not go to fully open primaries like… America… where people from within the constituencies and the wider community get a say over who becomes the Labour candidates?

Now I suspect Momentum would absolutely not support something like that… the kind of hard-left politics that have now taken over the Labour party… candidates that are esposing those kind of politics would not win in open primaries.

But the host of Tysky Sour set the record straight:

The proposal that was agreed by Momentum was saying they will back anything… that allows candidates to stand against sitting MPs. They haven’t specified who would be able to vote in that contest.

Mulready tried to dispute this, but Walker continued:

Walker’s reality check left Mulready without any further defence of the Labour right’s position. Blairites are supposed to be all about increasing competition in society. So why are so many of them against opening up Labour seats to competition from within the local community? Walker played a blinder here.

The exchange reported on here begins at 4:40:

-Check out the Open Selection campaign.