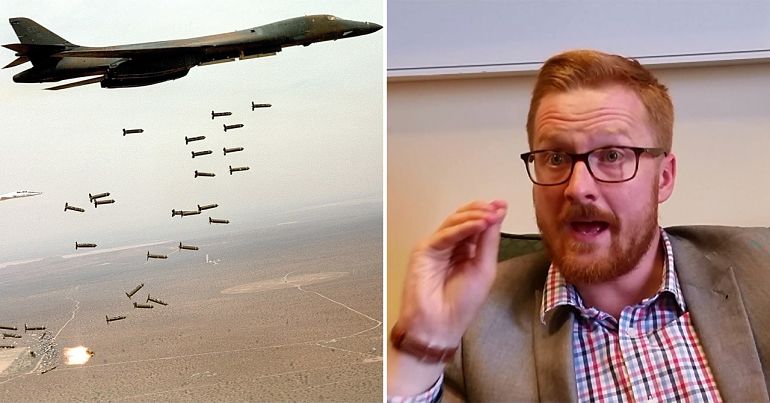 In an exclusive interview, the Labour Co-operative MP Lloyd Russell-Moyle has revealed to The Canary that British weapons sales are “opaque”, unaccountable, and lack any democratic controls. Russell-Moyle is a member of the Committees on Arms Export Controls (CAEC). 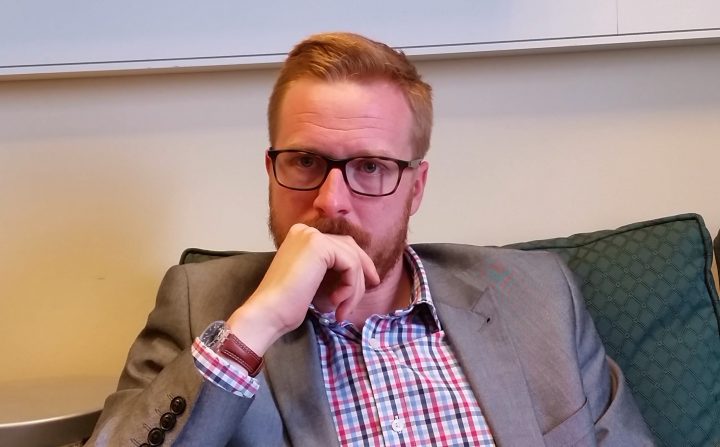 In 2012, then foreign secretary William Hague defended arms sales to Saudi Arabia during its repression of demonstrators in Bahrain.

The Government takes its export responsibilities very seriously, and operates one of the most rigorous arms export control regimes in the world.

This refrain has been used so often that a Tumblr page entitled Rigorous Repetition records its use.

Russell-Moyle says the repeated government line is “a bad joke” and that, far from providing effective oversight, the CAEC is a near “toothless” organisation.

The Court in the Saudi Arabia case said that it was not the Court’s job to scrutinise government decisions, it was parliament’s job. The point of the Committee is therefore, to some extent, mandated by a Court.

But in fact CAEC has “very little” power to influence the sale of weapons, he said. In fact, all it really does is review arms sales after they’ve already taken place.

Scrutiny in name only

CAEC is actually an amalgamation of members of four separate parliamentary committees.

This makes the CAEC a “very weak committee” because:

You’re sending different delegates to every meeting, people have to start from the beginning.

A few of us go regularly: me, Catherine West, Stephen Twigg, the Chair – Graham [Jones]; Priti Patel turns up to every meeting.

But there is no necessary balance, party politically, there’s no commitment that everyone has to turn up. So there is a real problem that it is a very weak committee that is easy to subvert.

He adds that Tory MPs prevented CAEC from having a quorum [enough members present to pass a vote] “for 18 months” before he joined it.

It had been moribund, because the Conservatives conspired between 2015 and 2017 for it never to be quorumed.

It met in the first 6 months, and did a report on Saudi Arabia. The Conservatives thought the report was too controversial. They shut the whole thing down.

If that’s not bad enough:

[CAEC] doesn’t have any powers to take extra evidence. It has no powers to input into the issuing of licences, only looking at them post licence.

Purchasers of weapons sign a memorandum “promising” not to pass or sell them on but, says Russell-Moyle: “we don’t actually know where these weapons end up”.

Once an “open licence” is granted to sell weapons, further sales under that category are approved automatically.

So the Government approves it once and then it’s open so you can sell as much as you want or as little as you want. But there is no recording…how much you have sold. What quantities, how regularly.

The Government should consider whether to begin end-use monitoring.

Billions of pounds in weapons sales.

According to Russell-Moyle, UK company BAE has said it is “more than happy to” provide an itemised list of weapons it sells to Saudi Arabia, but the executive branch of the UK government has told it not to comply.

In other words CAEC can’t even compel BAE to provide information the way other select committees can. And it’s the executive branch that is preventing proper scrutiny of weapons sales.

The UK Department for International Trade (DIT) is responsible for weapon sales. 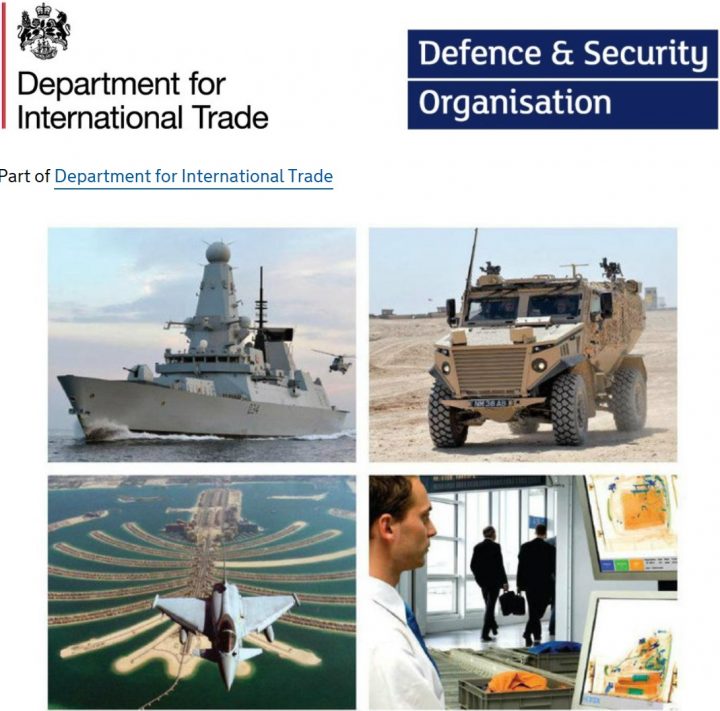 The MP is also calling for weapons sales to be scrutinised and overseen by an independent body that is transparent; which must take evidence from human rights and humanitarian organisations, and is not run by a politician.

The Canary asked Russell-Moyle whether Britain should be in the business of selling arms. He says Britain “will never” stop:

All of those things, and that assessment, and we have a set of criteria .. At the moment, the civil servant does the assessment – they say yes or no – and then it goes to the Minister [for Trade] for sign off.

The Canary asked Russell-Moyle how independent any body would be, particularly given that it would be created, financed, and appointed a leadership by the state.

Other ‘independent bodies’ such as the Independent Office for Police Conduct and the Information Commissioner have proven to be less than useful in holding major rights violators to account.

Russell-Moyle says he trusts regulators and that he “doesn’t trust politicians”:

Regulatory bodies tend to make better assessments than any politician ever will.

In the history of Britain regulatory bodies have made better decisions almost 9 times out of 10 than politicians.

When The Canary suggested that that was a low threshold to overcome, Russell-Moyle replied:

Yes but it is better to have a slightly higher threshold than what we’ve got at the moment.

The Canary also challenged Russell-Moyle’s assertion that appointments to regulatory bodies were not ideological.

Let’s first of all try and get a CAEC that has the resources of a stand-alone committee.

If we focus that conversation now all that does is allow our detractors to say ‘oh there are too many questions’ so we wont do anything.

Because a lot of our detractors want to do nothing.

The UK has issued export licences for a number of weapons systems and components for end use in Saudi Arabia… We are unable to provide precise figures for the number of weapons exported. Nor do the Coalition publish information on which weapons are used for specific air strikes….

We will not issue an export licence for Saudi Arabia, or any other country, if we assess there is a clear risk the items might be used in the commission of a serious violation of International Humanitarian Law. 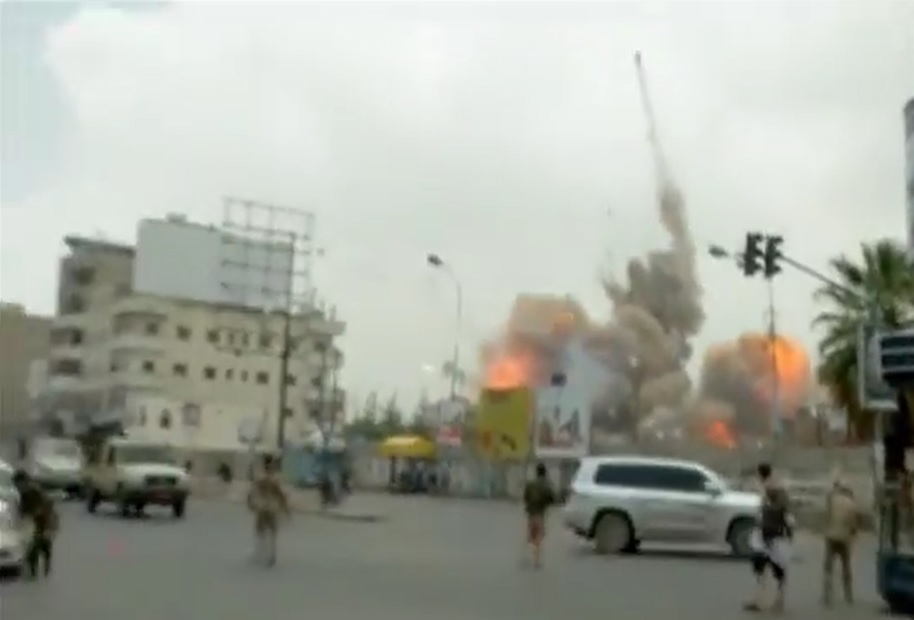 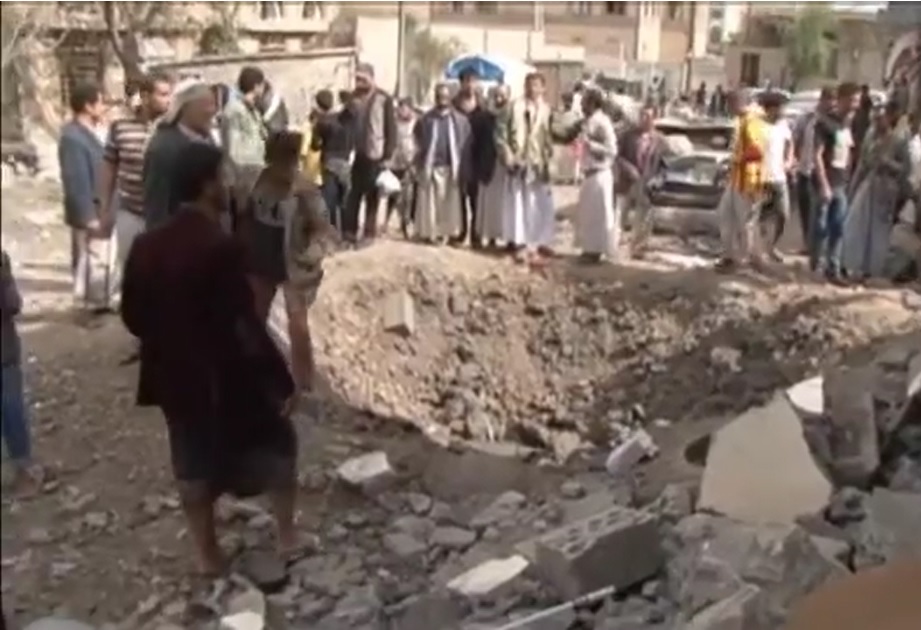 You either went along with how the Saudis behaved, or what they wanted, or you let the US and France have all the business.

The DIT has produced this video to advertise its sales expertise to arms companies:

Meanwhile, thousands continue to die by arms and components supplied by the UK.

– Read the evidence presented to the CAEC by Corruption Watch and Campaign Against Arms Trade.

– Demand that the government shifts priorities from arms to renewables to create more and better jobs and a safer world for all.

– Write to your MP and tell them to stop selling weapons to Turkey, Israel and Saudi Arabia.

Featured image via Mohamed Elmaazi and US Air Force – Wikimedia