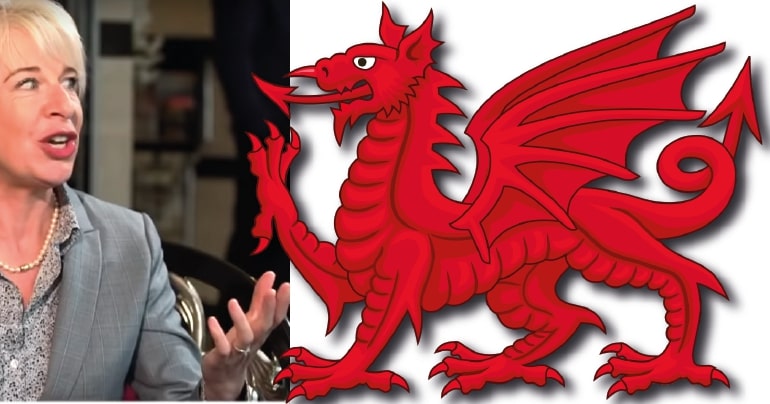 Katie Hopkins is an outspoken supporter of countries ‘protecting’ their own cultures. As part of that drive to protect sovereign identities, she’s now questioning the use of Welsh language in Welsh schools:

Is English banned as a medium of conversation in your child’s school classroom?

Has your child been impacted?

Are you a home educator in Ceredigion? [email protected]

One Welsh person showed how ridiculous this is, and in turn how lax her journalistic credentials are:

The Twitter user emailed Hopkins with a somewhat suspicious story:

Rather than doing a journalism and verifying who she was speaking to, Hopkins emailed back:

She got the following response:

The names I just gave you are characters from legendary TV series Gavin and Stacey, but I can’t say I am surprised that you have never seen it as you were probably too busy watching Alex Jones “Alien Vampire Immigrants…”

I hope that this can be a lesson… to not believe everything you read on the internet.

You can read the full, glorious exchange here.

I emailed @KTHopkins with a fake story about her Welsh Language Tweet using characters from Gavin and Stacey and she took the bait ???? pic.twitter.com/ZmAMX14j8Z

It’s surprising that Hopkins didn’t realise something was amiss, though. She’s previously suggested all Welsh people remind her of Gavin and Stacey, after all:

Wales is saying something. All I can think about is Gavin and Stacey. #leadersdebate

Hopkins previously made her feelings clear when she was a host on LBC:

Instead of looking for integration when people come to join our country… they seem to go for colonisation and I think we spend far too much time tip-toeing around the cultures of those who chose to join us rather than standing up for the culture they have chosen to join.

The Welsh didn’t exactly “choose to join us”, you may be surprised to discover. While the ‘English Conquest of Wales‘ was centuries ago, accepting Welsh people speak Welsh in Wales isn’t really “tip-toeing” around them. Also, it’s been pointed out her accusation isn’t even true:

First off, there is no such thing as ‘mandatory Welsh language education’ in Ceredigion. There are Welsh language schools and English-only schools here.

Secondly, Welsh language education is a bilingual education – children who attend them are taught to speak both English and Welsh…

So if English was ‘banned’ in Welsh schools, as Hopkins’ tweet claims, they would have to round everyone up, including the teachers, and the classroom would be empty.

Ifan Morgan Jones, writing for Nation Cymru, thinks he knows why Hopkins and the British far right are going after Wales:

Her call for ‘information’ from the ‘parents of Wales’ about the language isn’t about getting at the truth, of course, but collecting ammunition for a propaganda drive against the language…

The truth is of course that the so-called ‘British’ nationalism of people like Katie Hopkins has nothing to do with celebrating actual British culture and all to do with creating a culture-less, uniform, authoritarian state that answers to a small elite of upper-class twits in the Home Counties.

If you still think Hopkins cares about Welsh people, you should read these tweets:

RBS sponsoring England versus Wales on Welsh territory? Shouldn't it be a Welsh bank. Come to think of it – do welsh people have banks?

Look, be happy for Jihadi Bryn. he is in paradise with 72 virgins. Coming from Wales, they're pretty thin on the ground.

Does anybody know what the Welsh for “fuck off back to Barnstaple” is?

– Read Ifan Morgan Jones’s brilliant article on why Hopkins is gunning for Wales and why the Welsh language is so important.