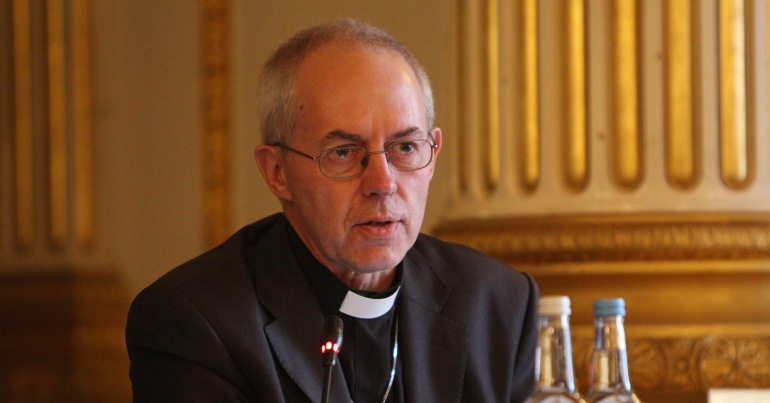 Speaking at the Trades Union Congress (TUC) 2018 Conference, Archbishop of Canterbury Justin Welby has addressed a range of social justice issues. In an impassioned speech, he remarked on food banks, worker exploitation and tax evasion by corporations like Amazon:

Five years ago I told the CEO of Wonga I wanted credit unions to compete him out of business.

Today at the TUC conference I said let’s put church-run food banks and night-shelters out of business.#TUC150 pic.twitter.com/RZGjBhd9uy

The Archbishop has been widely praised for his bold stance, particularly against exploitative multi-billion dollar companies. And his views have been appreciated in the UK as well as across the pond:

Those who have got most irritated by @JustinWelby speech to @The_TUC are perhaps not attentively listening to the pain of our communities. The speech is a pure distillation of the cries that @churchofengland clergy & lay ministers hear each day from the people they serve. https://t.co/4WdXBhNHLA

The Archbishop of Canterbury is part of a growing movement fighting for a fairer society. #TUC150 pic.twitter.com/oHwPdcEbsO

The Archbishop of Canterbury is right. It is unacceptable that companies like Amazon pay workers wages so low that they have to rely on government programs just to survive, while paying nothing in federal income taxes. pic.twitter.com/mumaZL52cg

However, it later emerged the Church of England has large investments in Amazon. Moreover, it employs people on zero-hour contracts, a practice criticised in the Archbishop’s speech. Charges of hypocrisy have therefore been levelled against the Archbishop:

The Archbishop of Canterbury is facing accusations of hypocrisy after it emerged that the Church of England uses zero-hours contracts and invests in Amazon despite his attack on both in a speech this week https://t.co/Wkh6SqiJGg

Is the Archbishop of Canterbury a hypocrite for slamming Amazon for not paying tax and calling zero-hour contracts "evil" … when it turns out the Church of England invests heavily in Amazon AND hires people on zero-hour contracts? #jeremyvine

2013: Justin Welby declares war on Wonga over their "usurious" rates, vowing to drive them out of business.
– The next day, it emerges the CofE indirectly invests in Wonga and Welby admits "embarrassment": https://t.co/QS3zVF6BOJ

The Archbishop and the Rabbi

But regardless of the Archbishop’s integrity, people have called out another double standard. Many compared the response to his comments versus those of also controversial Rabbi Jonathan Sacks. It appears both the Conservatives and the media reacted differently to the two religious leaders:

Rabbi Sacks: "Jeremy Corbyn is an antisemite."
Tories: "Listen to the holy gentleman."
Archbishop of Canterbury: "Tories have increased poverty."
Tories: 'Must keep religion out of politics."

Why is @BBC so deferential to a former Chief Rabbi telling lies while it attacks the Archbishop of Canterbury telling truth to power?

Since then, Conservatives have come under fire for suggesting religion is removed from the concerns of society at large:

The Gospel as told in the Tory party manifesto #bbcqt pic.twitter.com/mmYZJwHpFx

I’m not religiously motivated in any way. I blaspheme more than most people. But if the bit about the Jesus guy standing up for the poor is true, the Archbishop of Canterbury was simply fulfilling the job description. Tories attacking him look desperately foolish.

The Archbishop's boss is a Socialist.

There's a really big book on it.

The Archbishop’s speech has certainly made an impact. If nothing else, it has started a dialogue about the relevance of politics in religion, and vice versa. And of course, about the role religious leaders can play in the fight for social justice.

While the Church of England may need to get its house in order, that doesn’t mean we can’t ask for more of the same from prominent religious leaders in the UK.