A Mail hack tries to take on a renowned Jewish children's writer over antisemitism. It doesn't end well. - Canary 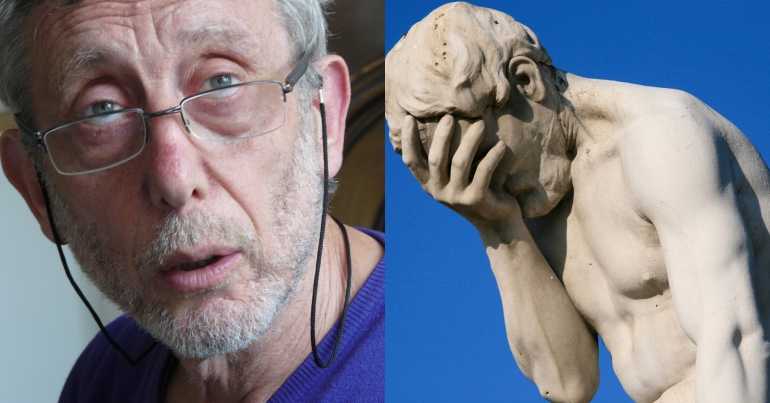 On 18 September, Hodges attempted to go after children’s author and poet Michael Rosen over antisemitism:

Genuine question. Can someone explain to me what lies behind @MichaelRosenYes constant attacks on anyone who opposes anti-Semitism.

Rosen, who unlike Hodges is Jewish, has provided a rational voice throughout the antisemitism scandal. He has called out antisemitism when it rears its ugly head, alongside speaking up for Palestinian people and questioning the agenda and narrative of those fuelling the debate.

Firstly, Rosen took issue with the fact that Hodges has previously used the term “useful Jewish idiots” to describe Jewish supporters of Corbyn:

Starting with you, Dan, it’s because you couldn’t stop yourself using antisemitism to ‘fight’ antisemitism with your ‘useful Jewish idiots’ trope. https://t.co/yGPnUtPaPl

He also highlighted the antisemitism he’s dealt with since school up to the present day:

And just possibly Dan I have been dealing with antisemitism ever since I first met antisemitic abuse at school? And have been addressing it in my writing and activity ever since? (See my latest: ‘Unexpected Twist’ but many others incl my book on Zola. https://t.co/yGPnUtPaPl

Rosen also questioned Hodges’ relationship to the Mail given it was accused of antisemitism over a 2013 story it published about Ed Miliband:

Dan writes for a paper that said don’t vote for Miliband, his father was a Jewish traitor….and Corbyn goes to a Seder night (Passover) with the wrong sort of Jews. I feel so-o-o-o safe with a national popular newspaper saying that sort of thing. https://t.co/6rUF60XiUO

He was referencing Rosen’s tweets about allegations that EDL members attended the Antisemitism Rally in Manchester. But as Rosen clarified in another tweet:

I kept asking if it was true. I asked for verification because people posted pictures and I kept saying when were these pictures taken. https://t.co/yNdDVr5DZs

Although those involved in the protest deny there was any EDL involvement, seeking clarification is not antisemitic or undermining. And given Israeli flags are often present on EDL protests, it was not an unreasonable question to ask.

Again, Rosen tried to elicit a response from Hodges about the language he has previously used:

Hi Dan, I’ve been busy with my computer. Did you answer the one about ‘useful Jewish idiots’? https://t.co/bvecj7Hy5W

Nope. Sorry, but given you never reply to me directly, it’s hard to keep track. So if you just stick to answering my question that will be fine.

A bizarre response given it meant that Hodges had seen the question, and still refused to answer it.

Rosen answered with a killer blow:

No Dan. I’m a Jew. You racialised your abuse of me. I don’t have to answer questions set by people who treat me like that. https://t.co/pXXv36wDnF

Like all other racism, antisemitism is abhorrent and must be stopped. But so must the weaponising of antisemitism. It isn’t Rosen who is undermining the fight against antisemitism, but people like Hodges. His attacks on people he seems to have decided are ‘the wrong type of Jew’ or ‘useful Jewish idiots’ are both antisemitic and fuel antisemitism. And he is adding to a climate of fear that many Jewish people are feeling.

Luckily Rosen set him straight and called out his abuse.