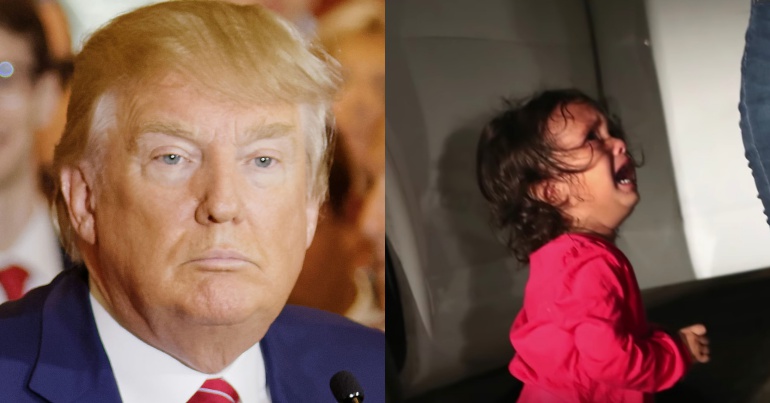 The Trump administration has lost nearly 1,500 migrant children. These children were separated from their parents trying to cross the border into the US. According to the New York Times:

Senate investigators said the department could not determine with certainty the whereabouts of 1,488 out of 11,254 children the agency had placed with sponsors in 2018.

The Department of Health and Human Services ‘lost’ these children after they left federal shelters to live with sponsors. But as the New York Times reported:

the department has also said it was not legally responsible for children after they were released from the custody of its office of refugee resettlement.

The inability to track the whereabouts of migrant children after they have been released to sponsors has raised concerns that they could end up with human traffickers or be used as laborers by people posing as relatives.

But as the New York Immigration Coalition highlighted, this is the second year in a row this has happened:

The second year in a row the Department of Health and Human Services has lost track of the whereabouts of nearly 1,500 migrant children. https://t.co/gEzVigy8Ya

As Bernie Sanders pointed out, the number of children in detention centres is also now five times higher than last year. Trump’s “cruelty” is “heartless”:

There are five times as many kids in child detention centers now than there were a year ago. Trump’s cruelty towards migrant children are heartless and unconscionable. We must stop the criminalization of immigrant communities and keep families together. https://t.co/3rDi6sNtLq

Under Trump’s “zero tolerance” immigration policy, border officials ripped nearly 2,000 children from their parents at the US border in just six weeks. As The Canary previously reported, international outrage was fierce; many challenged a brutal process that caged children. There were also serious concerns about conditions these children were held in and their mental distress.

In June, Trump issued an executive order halting this and claimed children wouldn’t be separated from parents. But there was no clarity about what would happen to previously detained children. As the Guardian reported:

It is unclear what will happen to the children already separated… Some critics have suggested the policy of separation may have already “orphaned” a number of children from their parents.

Those concerns were right:

BREAKING: Congressional findings Today indicate that the Trump Administration is now unable to account for the whereabouts of 1,500 migrant children after leaving shelters this year for sponsors' homes.

This is in additional to the 1,475 lost last year

THIS MUST NOT STAND!

And many US lawyers continue to fight for these children. Because despite assurances to prevent detaining more children, it seems that these promises have not been kept:

"We know what you are doing," says an attorney fighting to keep protections for detained migrant children. "…these children are being damaged." https://t.co/LC4DRsdDTE #immigration #bearingwitness #NoKidHungry

More than a number

No one knows where these children are. So there are serious concerns about their welfare. As Democrat Senator Richard Blumenthal said:

Children who risk their lives to make a dangerous journey in pursuit of asylum shouldn’t then have to worry about falling victim to human trafficking or being handed over to abusive or neglectful adults in the United States.

First and foremost these children and their parents are people:

There is no circumstance in which the detention of migrant children is justified, and the #GlobalCompactMigration & #GlobalCompactRefugees must reflect this @UN member states! #WithRefugees #ForMigration pic.twitter.com/BUEoEyf8iv

There’s no justification for detaining adults or children. Equally disgusting is losing track of where thousands of those children are now.

The world’s watching Trump, and this vile cruelty only adds to the anger and outrage.