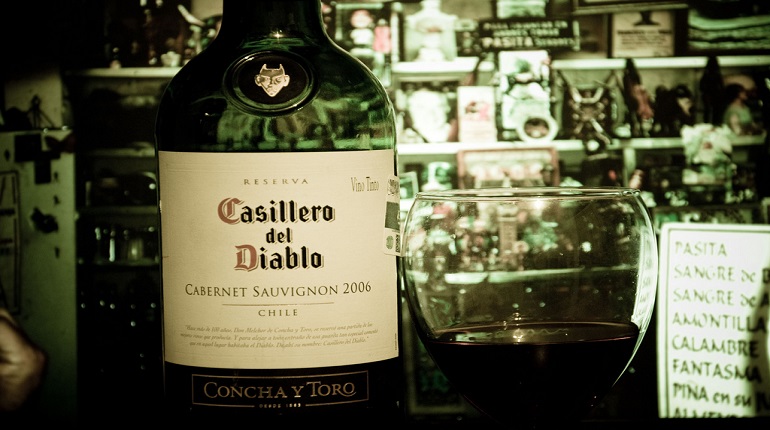 This article was updated on 21 September to include a statement from Concha Y Toro denying the allegation that it has or did have any links to the Pinochet Foundation.

Leading Chilean Vineyard Concha Y Toro, whose wines are stocked in leading UK supermarkets, was among businesses who made vast donations to the Pinochet Foundation according to a report.

The Pinochet Foundation was set up in 1995 by dictator general Augusto Pinochet. Its main aim is to preserve Pinochet’s political ideology. The organisation also funded Pinochet’s campaign during his arrest in London in 1998 when he was held for crimes against humanity.

Pinochet seized power via a CIA-backed coup in 1973. President Salvador Allende was killed and his supporters rounded up in  concentration camps. The general then went on a murderous purge to rid the country of Marxism. His regime oversaw the slaughter of nearly 4,000 people including children. 200,000 people were exiled and tens of thousands of people were tortured. He also ran a campaign of terror through his secret police organisation Dina.

The list of secret donors to the Pinochet Foundation was discovered during the Riggs Bank scandal that uncovered Pinochet’s hidden millions. During the investigation, Concha Y Toro emerged as a major donor to the dictator’s fund.

Concha Y Toro’s connections to the regime go further. Sergio De La Cuadra, company director until 2015, was a member of Pinochet’s economics team dubbed ‘The Chicago Boys‘ who were ruthless in their execution of neo-liberal policies. The winery’s current director is Jorge Desormeaux, the husband of Evelyn Matthei. She is a far-right politician and the daughter of late general Fernando Matthei, a member of the feared ‘Junta’.

The identities of Pinochet Foundation donors are shrouded in secrecy. It’s only thanks to a leaked report that Concha Y Toro’s support of the institution became public knowledge.

Until the vineyard makes its position clear, it’s reasonable to assume they may still be funding the ideological legacy of one of the last century’s most ruthless dictators.

In a statement to The Canary, Concha y Toro denied any relationship to the Pinochet Foundation and said it has not made any donations to the foundation over the last fifteen years. It also denied having any political affiliations.