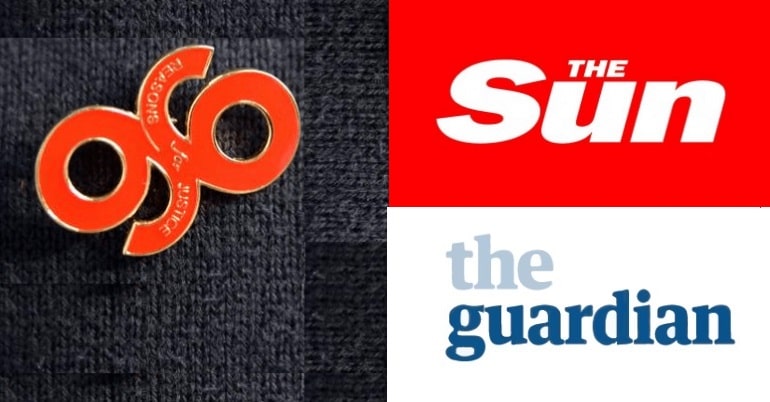 Guardian political co-editor Heather Stewart seems to have sided with the Sun against the people of Liverpool.

Grassroots campaign group Momentum isn’t giving Sun reporters press accreditation for its political festival The World Transformed (TWT). TWT is happening alongside the Labour conference in Liverpool from the 22-25 September.

Momentum says it’s respecting Liverpool’s longstanding boycott of the Sun, which began when the paper blamed Liverpool fans for the 1989 Hillsborough disaster.

Responding to the news, Stewart said:

This is outrageous – banning journalists because you don’t like their paper’s editorial line smacks more of Donald Trump than the lovely open, democratic social movement Momentum aspires to be. https://t.co/dM63xr8AR9

But Momentum has said in a statement:

In Liverpool there is a 29-year-long campaign to boycott the Sun after they smeared fans in the wake of the Hillsborough disaster, falsely claiming that they ‘picked pockets of victims’, ‘urinated on brave cops’ and ‘beat up PCs giving the kiss of life’.

The boycott is backed by community groups and businesses across the city, including many local taxi firms and Liverpool-based Tesco branches. We stand with the people of Liverpool and the families of the 96 whose memory was smeared by the Sun. We look forward to both the Hillsborough Justice Campaign and the Total Eclipse of the S*n being involved in this year’s festival. While in Liverpool, The World Transformed will respect the boycott.

TWT in touch to say not *banning* Sun, who were invited last year; but respecting those in Liverpool who boycott it over Hillsborough. But does a campaign against buying/reading paper [for completely legit reasons!] make it OK to lock out its reporters? https://t.co/vAwcf50wxN

“On the side of the Sun“

People on social media were quick to call out the Guardian editor for appearing to side with the Sun over Momentum:

Interesting that in a dispute between Momentum and the Sun, the Guardian's political editor comes down on the side of the Sun.
Goes a long way to show how out of touch and in decline the guardian now is.

It’s certainly telling that the Guardian’s political editor is defending the Sun against Momentum and Liverpudlians. Both papers are all too eager to defend the establishment against real political change.