As Storm Ali raged, another storm was brewing over gig economy workers - The Canary 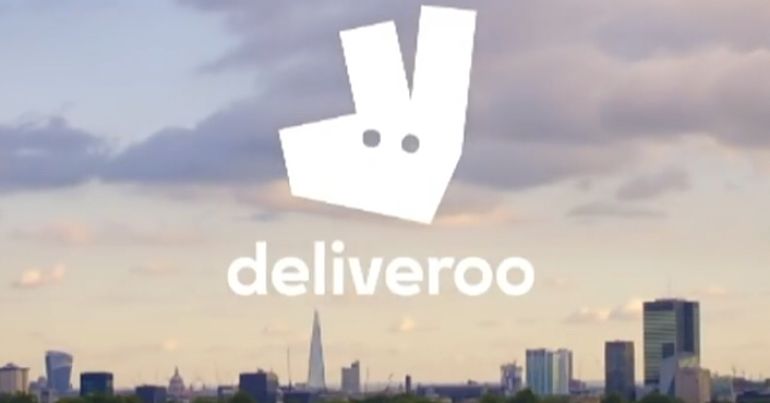 “Gig economy firms” Deliveroo and UberEATS have been accused of incentivising workers to work outdoors during Storm Ali. The employers apparently sent text messages to entice workers to grab their bikes and get to work. And Scottish Green Party MSPs have condemned their actions on Twitter.

On 19 September, Storm Ali battered parts of the UK and Ireland. The BBC reported that two people have been killed in Ireland as a result of the extreme weather. The Met Office put amber weather warnings in place for the duration of the storm. These warnings indicate “potential risk to life and property”. The Tay Bridge reported gusts of 102mph and public transport was heavily affected across Scotland.

However, there’s been another storm brewing on social media, for companies Deliveroo and UberEATS. They are accused of encouraging workers to come to work and face the extreme weather.

An anonymous rider ‘@CourierScot’ shared a tweet which shows text messages he says were sent by “gig economy firms” to Glasgow couriers encouraging them to work:

.@TheScotsman @heraldscotland @patrickharvie @alisonthewliss
Glasgow’s couriers being encouraged out into the storm by the gig economy firms pic.twitter.com/YRkZTXh8GH

Deliveroo apparently offered an extra £1.00 per delivery on each completed order in areas around Glasgow. UberEATS sent out a message to its riders saying:

It’s really busy right now – great time to be on the road.

My neighbour’s shed has just blown away, that’s how bad it is out there. It’s the gig economy, if you don’t work, you don’t get paid. I’m lucky because I have a second job, so in a situation like this, I can just take a step back, but there are a lot of people out there who can’t and it is a choice between staying home and not getting paid – or risking their lives on a day like today.

The company can just turn round and say ‘We’re not forcing anyone to do anything,’ but if they are sending out these messages, it’s a very subtle way of forcing people.

Called out by Scottish Green MSPs

Evidence seems stronger that Deliveroo are doing this than UberEats,

Deliveroo claims safety is a priority

The Scotsman reports that Deliveroo has claimed its messages were sent automatically and that they “should not have been sent”. The company also sent out an email to workers to encourage safe riding in the bad weather. And it informed riders that their apps would be adapted to take into account the poor weather.

A Deliveroo spokesman told the Scotsman:

Rider safety is always a priority for deliveroo. With the poor weather predicted, we wrote to to all riders in the area on Wednesday morning outlining a number of measures we are taking to ensure that riders would have more time to plan their journey and travel smaller distances during the weather as per Met office guidance.

Unfortunately, employees who work in the gig economy face real financial uncertainty. If only those workers were in a position to tell their employers to get on their bikes.

The Canary asked UberEATS for comment but received no response by the time of publication.

– We all deserve safe and stable working conditions. Be part of that change, join a union.