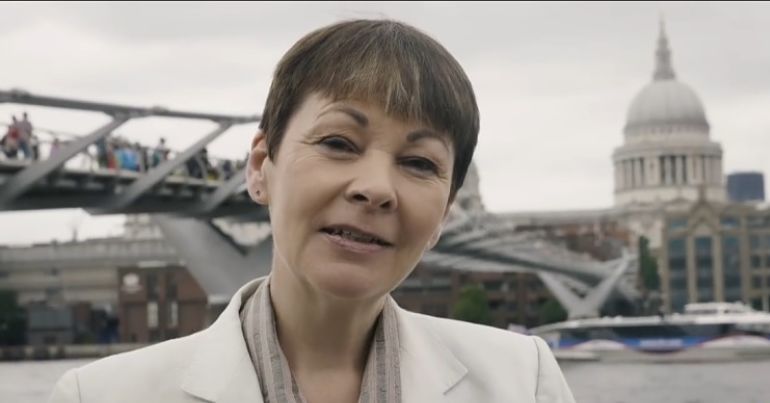 The Bakers, Food and Allied Workers Union (BFAWU) has confirmed that 4 October will be a co-ordinated day of strike action. The extensive rally will include workers from JD Wetherspoon, McDonald’s, and TGI Fridays. As reported by the BBC, the strike aims to win pay of £10 per hour for workers.

Green Party of England and Wales MP Caroline Lucas has come out in support of:

All staff campaigning for the basic dignity of a living wage

Lucas took to Twitter to call on “big companies to reward employees for the massive contribution they make to profits”:

All staff campaigning for the basic diginity of a living wage have my full support.

I’ve heard of constituents having to live in hostels, despite working incredibly long hours.

It's time for big companies to reward employees for the massive contribution they make to profits. https://t.co/K1ZxsTICFF

Lucas met with workers from The Bright Helm Wetherspoons and campaigners from McStrike in her constituency on 7 September. The group told Lucas it was balloting because of “poverty wages” and zero-hours contracts.

McStrike tweeted pictures of the meeting:

Wetherspoons workers in Brighton met with their local MP @CarolineLucas today to tell her about the issues they face and why they're balloting for strike action. Thanks for your time and for all your support. #WeWillWin #SpoonStrike #McStrike pic.twitter.com/tk03K3S8w8

McStrike also shared a video of Lucas who laid bare the issues facing workers in hospitality. She said:

"We're in the 21st century, people should have the right to unionise & to a fight for a basic living wage" @CarolineLucas meets Wetherspoons workers in Brighton who are joining the #McStrike in standing up for their rights & expresses her support. pic.twitter.com/M38oTlS8Ae

In hospitality, financial insecurity is rife for workers due to low pay and precarious working arrangements like zero-hours contracts. Trade union membership is also historically low among workers in the hospitality sector. However, the BFAWU feels campaigns like this can turn membership levels around.

that every penny counted when he and his colleagues were struggling to get by. In his own case, more than half of what he earned each month went towards paying £450 in rent to share a cramped one-bedroom apartment.

It’s impossible to save and you find yourself taking on more and more hours just to keep on top of the debt.

However, Heppell felt that things could now be turned around:

Up until recently I haven’t thought very much about the future because it is genuinely scary, but that has started to change.

Its not a big deal

As reported by the BBC, JD Wetherspoon said it had announced a £20 million worth of pay rises last year and £27 million this year. The chain also stated that managers will be changed to 40 hours contract rather than the current 42.5.

A spokesperson for McDonald’s said:

Large companies have been making profit on the backs of the poorly paid for too long. And Caroline Lucas just got them telt!

– We all deserve fair pay and stable working hours. Be part of that change, join a union.

Featured image via: Green Party of England and Wales/YouTube