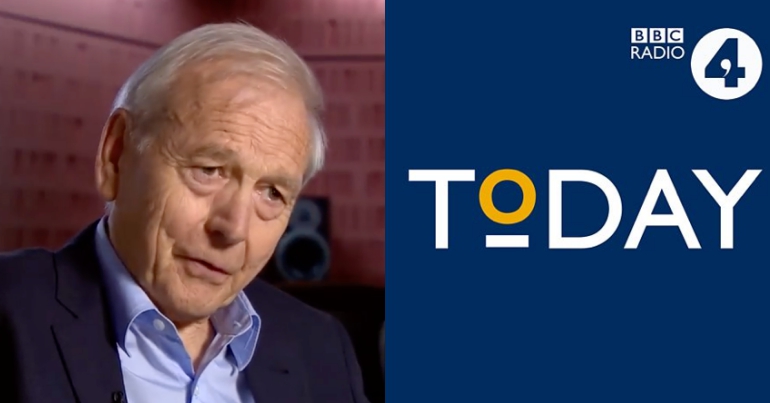 The BBC has admitted it got a crucial fact wrong in its coverage of Labour’s antisemitism row. But it’s possible you may not have noticed.

On the Today programme on 4 September, John Humphrys introduced a segment about whether Labour’s NEC would adopt the International Holocaust Remembrance Alliance (IHRA) definition and examples in full. As The Canary previously reported, Humphrys stated that the IHRA definition had:

been accepted by almost every country in the world.

But following a complaint, the BBC conceded it got it wrong. While the 31 countries that are members of the IHRA alliance supported the IHRA using the definition in its work, only nine countries have “adopted and endorsed” the definition.

I complained to the BBC about John Humphrys on #r4today saying that "almost every country in the world had adopted the IHRA definition"…..took a while to get a response but they have confirmed he was lying…and wow how much did he lie by? #bbcbias @georgegalloway

The BBC published the correction on its “Corrections and clarifications” page. But although the page does include “apologies”, it did not apologise for this mistake.

The damage is already done

As one Twitter user pointed out, the damage caused by Humphrys original statement has already been done:

Great work Pete, but of course as the BBC know, the damage has been done. #ChangeTheMedia

But as the complainant pointed out:

True but exposing their lies and preventing them repeating them plus another widely publicised example of their illegal bias is another blow to their rapidly diminishing reputation. Just some signs on #newsnight / #bbcqt that they are now aware of the dangers to them of this

Another problem people pointed out was how many people would see the correction:

Trying to hide it away on the little viewed corrections page is all you will get I suspect….hence the need to keep retweeting it ?

Although people did have a solution for the BBC:

Others went one better:

Humphries should state, on the hour, every hour that he lied. And apologise!

In all probability, Humphrys made an honest mistake. But at a time when Labour’s antisemitism row is hitting the headlines on a daily basis, this is not a mistake he should have made. The BBC and Humphrys should apologise for the mistake. And that apology should be prominent.

Because it’s comments like his that set the narrative. It’s a common misconception that nearly all countries have adopted the IHRA. Humphrys added to that. And while antisemitism needs to be challenged, it needs to be challenged with facts. Mistakes like this only add to the fear that some people are feeling.

Luckily more and more people are noticing the problems with the Today programme. So, it’s no wonder 800,000 listeners are switching off.