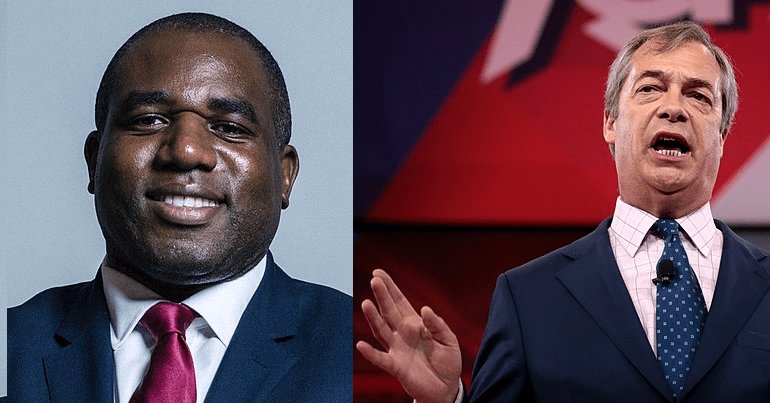 I’m at Ukip conference, where of course you can buy Nigel Farage condoms.

“For when you have a hard Brexit”

£1 each or 4 for £2 from the Young Independence stall. pic.twitter.com/MRnsGjt41d

And there’s only one tweet you need to read about it. Following the revelation, Labour MP David Lammy said:

It's usually the condom on the ?? not the other way round.https://t.co/PK8TI5QBNT

Twitter users lined up to applaud the MP for Tottenham:

The weirdest stuff at the UKIP conference

Farage condoms are not the only troubling sight at the UKIP conference. The following looks remarkably like homophobic literature dressed up as ‘health concerns’:

Delighted to day I'm back at UKIP conference for another year pic.twitter.com/TrOc6qaW0w

And anyone thinking that would be right. The book tackles topics such as “why homosexuality is a public health issue”, and “the ‘born gay’ myth”.

It doesn’t get any more woke looking at UKIP’s policy agenda. Leader Gerard Batten has suggested Muslim-only prisons and security screenings, among other policies against what he calls the “death cult” of Islam.

UKIP seems to be fading more and more into the fringes. The party is desperate to remain relevant. But it’s unlikely Farage condoms are going to help revive UKIP… or anyone’s sex life.

Siri what is "cockblock" https://t.co/ngFsSyRjRy