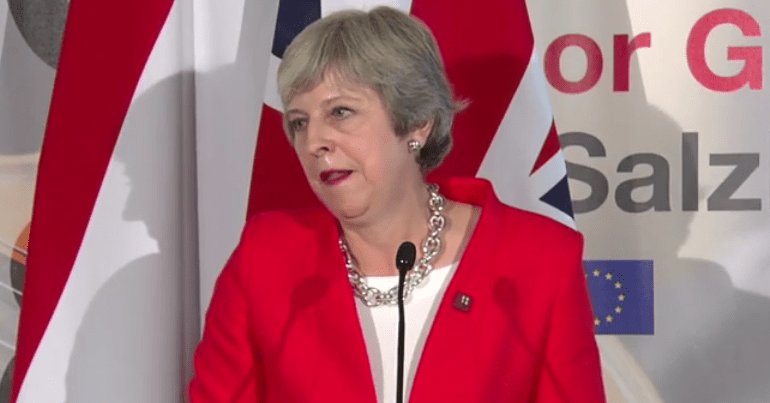 It’s going south for Theresa May. Mainstream media journalists left the prime minister visibly shaken at a press conference in Austria. That’s after the EU shut down May’s Brexit proposal, known as ‘Chequers’.

the EU 27 have said Chequers won’t work. The Dutch prime minister just stood… and said the Netherlands is better prepared for no deal than the UK. Isn’t this all starting to fall apart now?

Earlier at the Salzburg summit, president of the EU council Donald Tusk finally made it clear that May’s Chequers Brexit plan isn’t happening. The Conservative leader maintains that the deep criticisms of her plan are merely the EU’s “negotiating tactics”.

The thing is though, Chequers conflicts with the fundamental rules of the single market.

The European parliament actually shot down May’s Chequers plan the very day she released it. Back in July, the Brexit Steering Group said the plan must respect:

the principles of the non-divisibility of the four freedoms, the integrity of the single market, avoiding a sector-by-sector approach

May’s Brexit white paper basically proposes a single market with the EU, but only for goods.

It’s not just that the arrangement undermines basic single market rules. If the EU accepted May’s plan, it would send a message that leaving the EU enables a special single market arrangement for the outgoing country. One can probably assume that’s the last thing the EU wants to do. Especially given that Italy, for example, recently elected a government very sceptical of EU membership.

Journalists left May looking visibly distressed in Salzburg. With no solution on the table, the prime minister has nowhere left to turn.