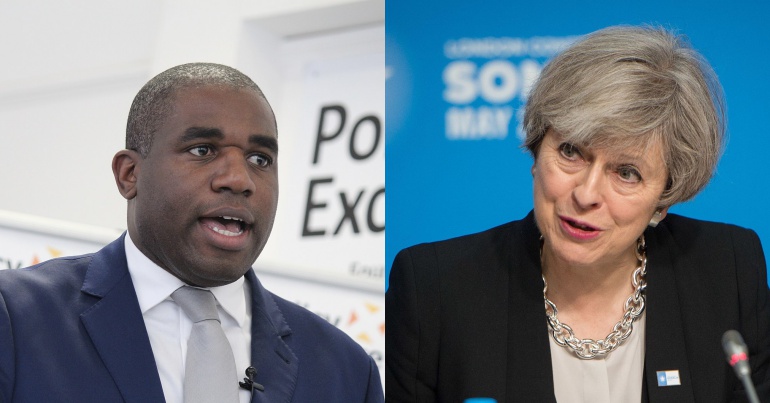 On 19 September, Theresa May proudly announced that her government will finally begin to tackle the ongoing UK housing crisis. But yet again, her words amount to little. And in one tweet Labour MP David Lammy showed just how inadequate her promise is.

“A drop in the ocean”

Few would argue against the idea that everyone deserves “a decent and safe place to live”. But as Lammy pointed out in response to May’s tweet, £2bn is a fraction of the amount Conservative governments have slashed from social housing budgets:

£2bn over 10 years is a drop in the ocean on this issue. In 2010, your party cut funding for housing associations by £25bn over a decade, as pointed out by @PickardJE.

If you care about giving people a home, start by improving on Labour's pre-2010 level of £3bn a year. https://t.co/y6yAVMGWGP

As the Guardian reported, May promised £2bn for “new funding for social and affordable housing”. But under George Osborne, the government cut 60% from social housing building budgets. Jim Pickard from the Financial Times explains that this was an annual cut from £3bn to £450m:

In January 2017 the Tories announced a (relatively) big increase in funding, promising £7bn over 5 years. That was lifted again to £9bn at last year’s Tory conference…but still well below pre-2010 level of £3bn a year. May’s new promise of £2bn is spread thinly…over 10 years.

And a report by the Mirror delved further into this. It revealed that continual cuts mean that there are now “213,501 fewer cheaper houses since the Tories came to power”. As Polly Neate, chief executive of housing charity Shelter, told the Mirror, the impact of this is devastating because:

There are over a million households on social housing waiting lists, and yet last year we built the lowest number of social homes at any point since the Second World War.

But it also emerged that this money won’t be available until 2022. As Local Government Association chairman Lord Porter explained:

Our national housing shortage is one of the most pressing issues we face. Homes for affordable and social rent are desperately needed across the country now, not in 2022, and the measures announced today fail to provide the funding certainty councils also need to play a leading role in solving our housing crisis.

What the one you and your party have destroyed? You have created Universal Credit which is responsible for making thousands homeless. You withdraw funding from any support systems that local communities had. Lies. There must be a general election on the way. https://t.co/BJ8uYf8BOG

Since 2010, the number of people sleeping rough in the UK has risen 169%. As The Canary has previously reported, for the lowest earning people, the cost of housing has risen faster in the UK than almost anywhere in western Europe. There’s now a “chronic lack of affordable housing in England”. The increase in private rents in most of England is three times the increase of average incomes. For too many people, this is pushing them even further into poverty.

Lawyer and campaigner Peter Stefanovic also laid bare May’s hypocrisy. He pointed out that she managed to find £1.5bn “in the blink of an eye” to prop up her minority government and cling to power:

MORE THEN A MILLION FAMILIES ON WAITING LISTS FOR SOCIAL HOUSING, soaring homelessness & Theresa May just pledged additional funding for ONLY 40,000 additional homes AND NOT FOR 4 YEARS! Where’s the funding NOW! She found a £1.5billion bung for the DUP in the blink of an eye! pic.twitter.com/a8Hwm1MZxM

Lammy and others are spot on in their criticism. May’s ‘promise’ is too little, too late. This time she’s barely even covered the cracks of the devastation the Tories have caused since 2010.

Yes, people really do deserve “a decent and safe place to live” but May’s Tory government won’t provide this. It’s time for them to go.