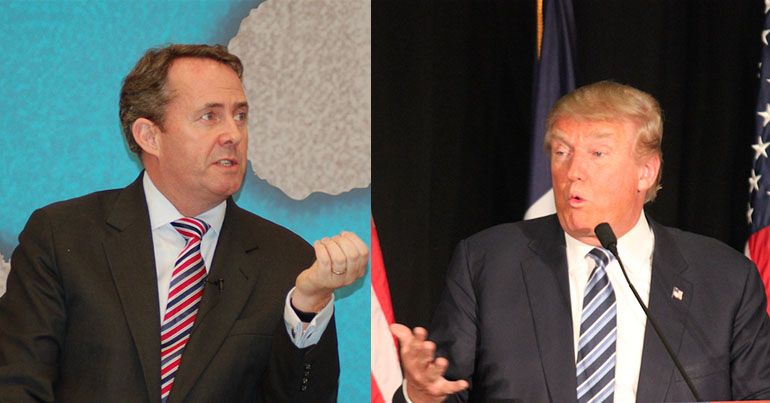 The World Transformed (TWT) politics festival is imagining “the world we want to live in and planning how we get there”. As a result, it’s a programme filled with a series of talks on political education.

A very timely talk came on the first day called Trading with Trump. Timely as the UK could be about to sign a potentially dangerous trade deal with Trump. And these are dangers that could harm human as well as animal health.

The talk came alongside a recent claim that secretary of state for international trade Liam Fox MP is planning to reduce EU food standards in the UK. This would help ensure a trade deal with Trump as laws differ greatly in the US.

But Fox said that claims he would lower UK food standards were:

The EU currently bans using chlorine to wash chickens. It is banned by the EU as “relying on chlorine washing could lead to poorer hygiene standards overall”.

Fox previously defended the sale of chickens washed in chlorinated water. He said:

But chlorinated chickens are not even the worst concern in a potential trade deal with Trump. There are other areas of animal welfare that people should be aware of and speaking up on.

Action against this deal

Nick Dearden of Global Justice Now spoke about the dangers of a trade deal with Trump. He said it goes much further than the chlorinated washing of chickens. He told The Canary about potential dangers of international trade, saying “trade deals are not just about lowering tariffs”, as trade today effectively sets, “the rules of the global economy”.

This means, according to Dearden, it affects how public services are operated and the kind of food we eat. International trade directly affects British consumers as 28% of UK produce is sold abroad. Some estimates say “three million or more” British jobs are supported by exports to EU countries.

Imagining a world without Trump

Should the claims being made about Fox’s potential deal with Trump come true, it would have clear implications for our health.

TWT is a platform to imagine and plan for the world we want to live in – a healthy world of today and the future. Not a world where politicians appease Trump with little regard for human or animal health.

– Find out more about the other noteworthy talks on day one at TWT.

– Get involved with Global Justice.