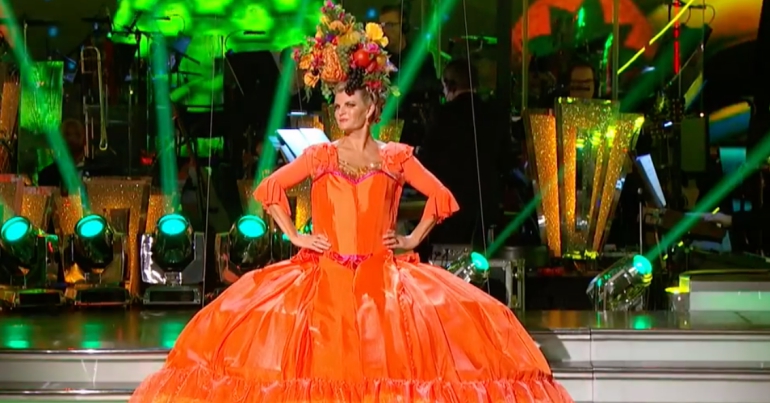 Strictly Come Dancing returned to our TV screens on 22 September. But one contestant isn’t winning any fans, and it’s not because of her dancing.

TV presenter Susannah Constantine, best known for What Not to Wear, appeared on the show. But Constantine’s appearance was controversial. Not just because she’s an active hunter and shooter. But because she posted photos on Instagram of her 11-year-old child out shooting and smeared in blood. ‘Blooding’ is a ritual in which a young hunter or shooter is daubed with the blood of their first kill.

People took to Twitter to remind people of Constantine’s support of hunting:

Reminder that Susannah is an avid hunter and you should not vote for her #strictly https://t.co/cqtFV4FTwA

Others stated that, whatever her dancing skills, she should get the boot:

I don't care if Susannah Constantine danced like Ginger Rogers, she'e a fox hunter so needs to go out first. What a horrible hobby for a human being #Strictly pic.twitter.com/xZBTcvWeb2

And a petition was started to get her kicked off the show:

BBC: Get Susannah Constantine kicked off strictly – Sign the Petition! https://t.co/4Mdl20g9Hf via @UKChange

It’s not surprising that Constantine’s appearance was unpopular. A poll in 2017 found that 85% supported keeping the ban on foxhunting. And 69% want to see an end to bird shooting.

It gets worse. Constantine regularly goes out with the Belvoir Hunt. In June, two hunt members pleaded guilty to assaulting a hunt monitor. Their attack broke the monitor’s neck in three places.

As The Canary previously reported, this isn’t the only controversy the Belvoir has faced:

In March 2018, gamekeeper Nigel Smith was found guilty of holding a fox captive. On the same day the Belvoir Hunt was meeting nearby, investigators from The League filmed him retrieving the fox. Cunnington headed up the operation to expose Smith’s actions.

In February 2018, police began investigating the Belvoir Hunt after it allegedly killed a fox in Melton Country Park. Melton town council said horse riding and hunting in its parks are prohibited by local bye-laws. And in March 2016, police officer Sharon Roscoe quit her wildlife officer role after being exposed as riding with the Belvoir Hunt.

Luckily, the viewing public gets a chance to vote on Strictly. So we can all pitch in to get rid of Constantine. Whatever the standard of her dancing, let’s use this opportunity to make a stand against glamourising hunters who think it’s okay to smear their children in the blood of the animals they kill.