While we were distracted by Theresa May’s Brexit breakdown, the Tories did something disgusting - Canary Workers’ Co-op 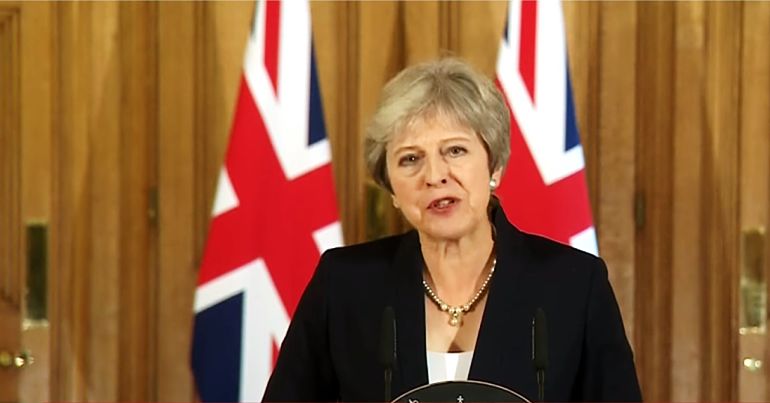 After suffering a bruising humiliation at the Salzburg summit, Theresa May called a press conference on 21 September to declare: “No deal is better than a bad deal”. The prime minister’s statement attracted widespread attention, partially for being “pathetic, painful, and petulant”. But while May’s Brexit breakdown was diverting our attention, the government did something disgusting to members of the Windrush generation.

Shortly after the prime minister had finished her speech, home secretary Sajid Javid confirmed the government was refusing citizenship to certain Windrush generation members. Those refused citizenship, according to Javid’s statement, didn’t meet the necessary “good character” requirement. This includes people “with convictions for murder, child sexual offences, the supply of drugs and robbery”.

The timing of both announcements appears a blatant attempt to divert attention from the ongoing Windrush scandal. Javid’s latest statement also seems like a cynical ploy to force detractors to defend the rights of murderers and paedophiles.

Labour MP David Lammy said: “It’s a disgrace that this announcement has been snuck out on such a heavy news day.”

Matt Zarb-Cousin, activist, commentator, and former spokesperson for Jeremy Corbyn, agreed: “They’ve snuck this out late on a Friday night while their shambolic handling of Brexit dominates the agenda, absolutely disgraceful.”

The scandal also casts light upon the status of European Union (EU) residents of the UK. Many EU residents are concerned that, following Brexit, their status in the UK will come under threat. The UK government’s treatment of the Windrush generation will only heighten these concerns.

The Windrush scandal reveals institutional racism: the treatment of Windrush citizens as second-class is racist, and shameful. Only continued public pressure can end this.

– Find out how you can contribute to help the Windrush generation.

– Read more of The Canary’s coverage of the Windrush scandal.