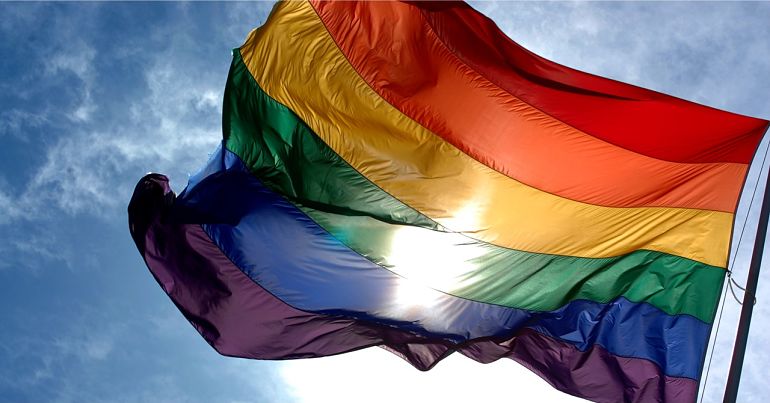 LGBTQ+ campaigners have achieved much following years of campaigning. Even a councillor from the DUP, a party opposed to gay marriage, recently voted against his colleagues to show support for gay pride.

The police take part in gay pride marches, and religious attitudes towards the LGBTQ+ community are changing. Yet significant hurdles still exist, and this is particularly the case for LGBTQ+ asylum seekers.

The World Transformed (TWT) is an event that runs alongside the Labour Party conference. LGBTQ+ campaigners speaking at TWT explored these hurdles. They explained that while large parts of the LGBTQ+ community have been accepted by society, a number of LGBTQ+ people are still excluded.

Edwin Sesange from the African Equality Foundation spoke about his experience and that of the people he represents. He told The Canary the hurdles faced by LGBTQ+ people include ridicule when they’re interviewed for asylum.

Sesange said asylum seekers can claim protection under five grounds. They are:

There is no ground explicitly covering sexuality. So asylum seekers who are persecuted for their sexuality are assessed under ‘particular social group’. Sesange told The Canary he disagrees with this, as sexuality is not a choice.

Sesange claims that LGBTQ+ asylum seekers, upon refusal of their application, were advised to:

go back to your country and lead a discrete life

How can you be gay and Christian?

Other LGBTQ+ asylum seekers have simply not been believed, says Sesange. So asylum officials ask LGBTQ+ asylum seekers to ‘prove’ they are gay. To do so they must answer a series of ridiculous questions around the anti-gay laws in their country. Some were asked to describe the colour of their local gay bar, explains Sesange.

Some are then refused because they can’t remember details of a former partner. Others because they used the word ‘gay’ in their application instead of a more specific term like ‘bi-sexual’. These can be mistakes that arise through translation, as more general terms are used in their original language says Sesange.

Progress made on LGBTQ+ rights has been hard won. The fact a company can support gay pride marches and then be involved in deporting LGBTQ+ asylum seekers shows how much more must be done.

One vote by a DUP councillor is welcome, but it doesn’t represent a radical shift. We need much more than superficial change.

– Find out more about the other noteworthy talks on day one at TWT.