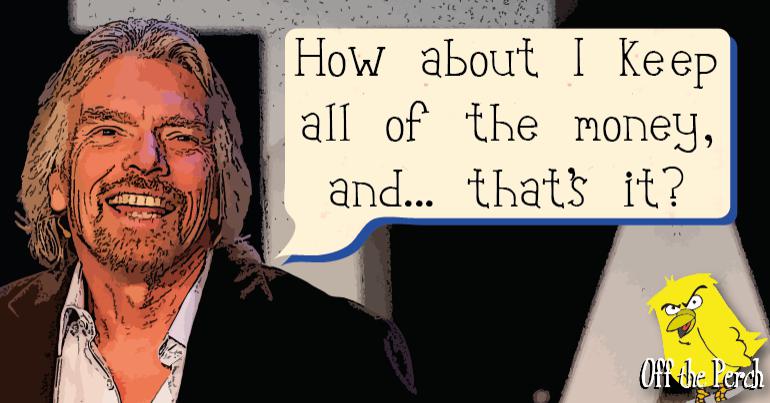 Increasingly, the rich own more than the rest of us combined. We’re at a point where Richard Branson owns more cars than every UK male named ‘Dave’ and where Jeff Bezos’s wallet is stuffed with minor Banksy murals.

Labour has announced new plans to spread the wealth that include giving company shares to employees. As you can imagine, the greedy, bourgeois pigs company owners are less than pleased.

Cry us a river

If you people earn more, then I earn less, which seems pretty selfish to me? I’ve got a shot at becoming the first ever trillionaire. Why should I lose out just so that people can afford – how do you say – ‘enough to eat’?

What’s more exciting – people having enough to afford their own homes and put money back into the economy, or Elon Musk firing cars at the moon and accusing heroes he disagrees with of being paedophiles? You complain about us living like Greek gods, but you love reading about our exploits!

Meanwhile, someone who isn’t a billionaire said:

They’d be wise to take a bit less now before they push us too far and we end up eating them.

Obviously, no one at Off The Perch is recommending that people start eating the rich.