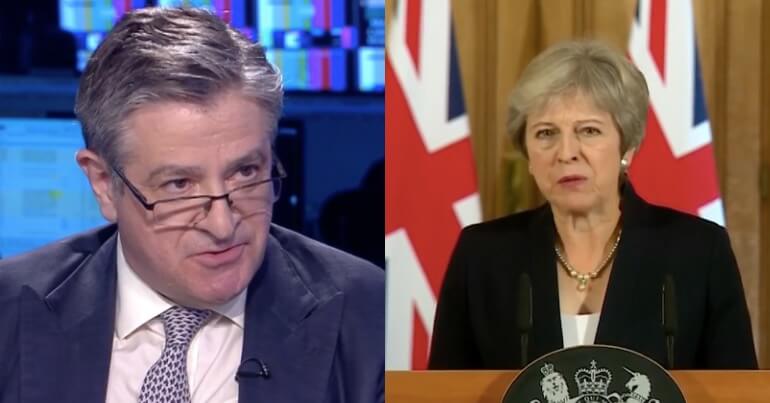 Conservative Party donor Jeremy Hosking has threatened to axe party donations and fund a new pro-Brexit party. Hosking believes there is an ‘establishment conspiracy’ to prevent the UK leaving the EU.

Since 2015, Hosking has donated over £400,000 to the Conservative Party. He also donated over £1.5m to Vote Leave and funds his own campaign group, Brexit Express.

Hosking has now threatened to pull party funding following what he called the “fiasco” of Theresa May’s Chequers plan. He argues that there is a “gap in the political market” for a new party and that he intends “to find help to fill it”.

The eurosceptic denounced Theresa May’s Chequers plan as “a ’Big business’ Brexit tying us up in EU knots”. Hosking claims that Leave voters are being “heated up slowly like laboratory frogs” as EU talks continue.

Hosking has also suggested that the Chequers plan may have been orchestrated in an attempt to make leaving the EU impossible. He questioned whether the current Chequers dilemma is “accidental or premeditated”, admitting that the “odds favour a cock-up over conspiracy”. However, he then went on conclude that a “more plausible thesis” is that the Chequers plan was a “deliberate attempt by the British establishment to render a real exit from the EU impossible”.

Hosking told the Sunday Telegraph that he had been conducting his own private polling regarding a new Brexit party.

The private polling was conducted in 12 Conservative constituencies as well as Theresa May’s Maidenhead seat. 53% of respondents would consider a vote for a new Brexit party. Hosking argued that the results showed “clear support” for a Brexit party that will deliver “what the electorate thought it was getting”.