With one tweet, this Tory MP accidentally makes the case for Scottish Independence - Canary Workers’ Co-op 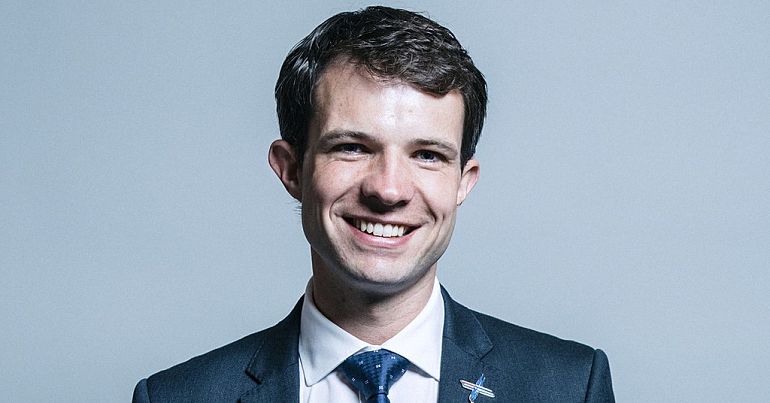 On 21 September, the Scottish Conservative and Unionist MP Andrew Bowie took to Twitter to expose the undemocratic ‘truth’ of the European Union. In doing so, he accidentally made the case for Scottish Independence. But that was not his only faux pas.

He attempted to point out that the larger member states of the EU had ‘overruled‘ Poland, Sweden, Hungary, Denmark and the Netherlands:

The past 48 hours shows, sadly, exactly what is wrong with the EU. Poland, Sweden, Hungary, Denmark, the Netherlands and Belgium wanted to be supportive of UK Govt, but Germany and France said No. And unfortunately, that's all that matters. Sums it up really.

However, it seems Bowie didn’t see the connection to Scotland’s wishes being ‘overruled‘ in relation to the Brexit vote.

Scotland voted to stay in the EU and England said No. ‘And unfortunately, that's all that matters. Sums it up really.’ https://t.co/aMEkSCRhGh

Bowie is going to need an ice pack for that burn.

The Scottish government and Brexit

Scotland backed a Remain vote in the EU referendum in June 2016. The UK voted to Leave; with nearly 52% of voters backing an exit from the EU. However, every council area in Scotland voted to stay in the EU and the overall result was 62% in support of Remain. Since the EU referendum, the SNP-led Scottish Government has been preparing for another vote on Scottish Independence.

Scottish first minister and leader of the SNP Nicola Sturgeon states she has a mandate to hold another vote on independence when the outcome of Brexit is known.

As Politico reported, Sturgeon said prior to the EU referendum:

It would be a very serious mistake for the U.K. to vote to leave the European Union, and I think it would be democratically indefensible for Scotland, if we had voted to stay in, to face the prospect of being taken out.

Since the EU referendum, the Scottish government and UK government have had a “series of clashes”. This included the Scottish parliament rejecting the EU Withdrawal Bill. So many “clashes” have taken place that the constitutional affairs committee at Westminster supports a “devolution policy for the union” to address ambiguities.

Bowie did attempt to drum up support against the EU project.

However, he was challenged on claiming the Netherlands were “supportive of [the] UK Govt”:

I am Dutch. Unlike you and most of your followers, I can read Dutch media and understand Dutch politicians & politics. There's no shred of evidence for your assertion (for Holland at least). It's another fantasy. The EU27 are much more united than you suppose.

Another voter also stepped forward to provide a link to an article quoting the Dutch prime minister not supporting the Chequers deal:

This is the Dutch PM, Mark Rutte, saying Chequers was not adequate. So, stop making stuff up, there’s a good lad.https://t.co/5T1YU3ps5z

I am still confident that we can come to an agreement this year and the Chequers proposal is helpful, but it is not the outcome.

For Bowie, this is all rather unfortunate as his tweet is being torn apart.

This Tory MP seems to be a future advocate for Scottish Independence. However, if he wants to help out in the Yes campaign perhaps he should avoid its social media marketing department.