People are calling out BBC’s Bodyguard for stereotyping Muslims - Canary 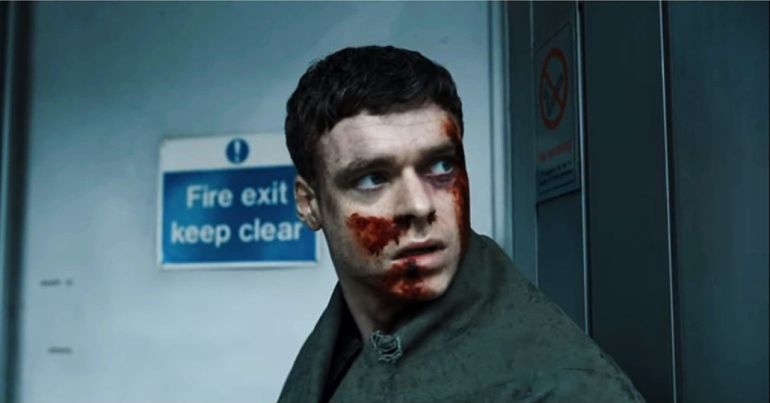 The first season of the BBC‘s critically acclaimed drama series Bodyguard came to its conclusion on Sunday 23 September. The series has received praise for its exploration of themes such as corruption and mental health.

However, after the finale, people took to Twitter to call out the portrayal of Muslims in the series as heavily stereotypical and Islamophobic:

The disgraceful and dangerous portrayal of Muslim women as manipulative terrorists in BBC's #Bodyguard should not go unchallenged. It is lazy representations like this which create and sustain Islamophobic violence against Muslim women.#bodyguard

Many have suggested that the Bodyguard falls woefully short when measured with ‘The Riz Test‘. This pop-culture test has been inspired by actor Riz Ahmed to determine the depth of Muslim onscreen characters:

ICYMI: We made a test to show how TV like #bodyguard fails at Muslim representation https://t.co/55GoBW2AMK via @MetroUK #bbcbodyguard

Taking inspiration from Riz Ahmed’s speech on representation and the Bechdel and Duvernay tests, the Riz Test hopes to start a conversation about the need for a concerted effort to have fair representation in film and television.https://t.co/ynnQAKioWm

Heartened to read all the tweets about the #Bodyguard finale & people rightly calling out the writer & the BBC for the lazy & frankly offensive narrative that it was the fault of the Muslim terrorist all along. This surely fails @theriztest all day long.

Anjli Mohindra, who plays the character of Nadia in the show, has defended her role by saying that it was “empowering”. But Mohindra does not identify as Muslim herself:

Actress Anjli Mohindra has said that playing a ruthless jihadi was “empowering” as it challenged stereotypes https://t.co/kjlwjXI40f

Series writer Jed Mercurio has claimed that adding a last-minute twist to reveal Nadia’s character as a jihadi mastermind was an attempt to defy the stereotype of “weak” Muslim women:

But the show has been criticised for suggesting that Muslim women can only be one of two things: submissive or violent. And people are calling out Nadia’s character for its lack of depth:

Do you see how stereotypical it is to portray Muslim women as victims and perpetrators of terror And #Bodyguard *literally* did both at the same time. I predicted this. Seriously. THERE ARE OTHER STORIES OF MUSLIM WOMEN. https://t.co/MoTO6wwbsU

OK so this is even worse. SERIOUSLY, BBC? Heroic white man saves oppressed Muslim woman who turns out to be a hardcore "jihadi" after all ugh ffs who even says "jihadi" apart from the tabloids??

I'm a little lost here… because the choices 'allowed' in narrative for her character were. A) passive victim to her husbands extremism. Or B) a secret mastermind with autonomy.
B) is more interesting
A) gets chosen most of the time.
Showrunners 'forget' the infinite option Cs

The worse thing is I think the writer thought this was an empowering twist. Smash the oppressed Muslim woman stereotype… with another stereotype. I am a huge fan of Line of Duty and this really broke my heart actually.

Seeing lots of responses to #bodyguard #bodyguardfinale from yesterday-
The media can't stand the idea of portraying Muslim women as multi-layered human beings.
Don't want to get away from oppressed/terrorist stories- because that wld involve humanising them.

The effects of Islamophobia on Muslim women

Muslim women in particular are sharing the real-life effects of these portrayals of Muslims:

Thanks @BBC for ruining the ending of #Bodyguard with the whole super female jihadi BS. Just made my families day tomorrow that bit harder. Cheers.

So #Bodyguard writer @jed_mercurio claims that the series isn't islamophobic. Hi, Jed. Did you know that hijab-wearing brown women regularly get physically attacked in this country? That they get spat at, called "terrorist" in front of their kids, punched, kicked, run over?

That when Muslim women are visibly pregnant they have to worry about islamophobic assault on top of all the other pregnancy worries? https://t.co/wthF7VXhJn

While Nadia’s character may have revealed a shift at the end, it’s unfortunate that Bodyguard relied on the same old tropes. Vilifying Muslims to add entertainment value is so 2001. In 2018, it’s time to do better.