After this brutal self-own, the Tories must be wondering why the hell they're still on Twitter - The Canary 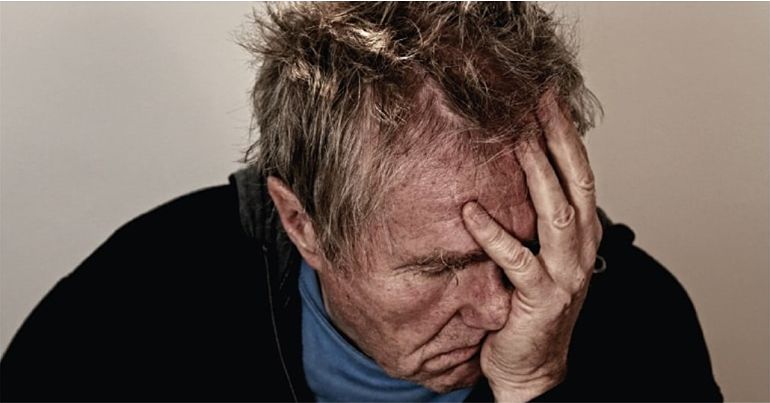 Hashtags are used on Twitter so that people can comment on topics. They’re also great for awareness campaigns, like when people recently drew attention to #DWPcrimes. What you shouldn’t do, however, is start a hashtag to attack a political opponent that more readily applies to you. Especially when your side isn’t all that good at the internets:

A new gift has just arrived from @CCHQPress in the form of their very own hashtag. I can’t actually believe some numpty got paid to come up with this. Are you ready for it?#UnfitToGovern

I’m not actually joking. I’m sure you’ll all do the right thing anyway. #Lab18

Early on 23 September, the Conservative Party’s Brandon Lewis said Corbyn is “not fit to govern our country”. He doesn’t historically have the best judgement, though.

Lewis is the Conservative Party chairman. This means he’s in charge of the seldom-followed Tory ‘respect pledge‘. He’s also in charge of sweeping the Tory Islamophobia scandal under the carpet. Beyond that, he recently ‘broke’ an agreement with a woman on maternity leave for political gain – something he claims was an “honest mistake”. Nice guy.

The geniuses at the CCHQ Press Office presumably saw Lewis’s comment and decided to turn it into Twitter gold:

.@jeremycorbyn on #Marr says Labour will back a second referendum if their conference votes for it, breaking his manifesto pledge and betraying millions of voters who voted in good faith to leave the EU #unfittogovern pic.twitter.com/sHiW7nlpOf

And they did create gold. Just not the sort of gold they could take to the bank:

Loving @Conservatives new hashtag ???
RT if you agree that this self-servative #Tory Government is #UnfitToGovern pic.twitter.com/Glm820hPuZ

Of course, when you’re pointing out the reasons why the Tories aren’t fit to govern, most of it is no laughing matter:

An utterly shambolic government has brought the UK to the brink of a catastrophic 'no deal' Brexit … but today the Tories have launched the #UnfitToGovern hashtag to attack Labour.

FACT: Theresa May prioritises the hunting of foxes over the protection of the NHS.

In her GE17 Manefesto, she introduced a return to fox hunting, but had nothing to prevent the NHS being privitised.#unfittogovern https://t.co/eMBrbjPYOM

When talking about Tory social media strategy, we can’t forget this tweet from 2017 – a tweet which only grows more potent with time (like a fine wine or a John McDonnell):

The #UnfitToGovern hashtag has given one person a chance to tell the Tories exactly why they’ll never understand social media: 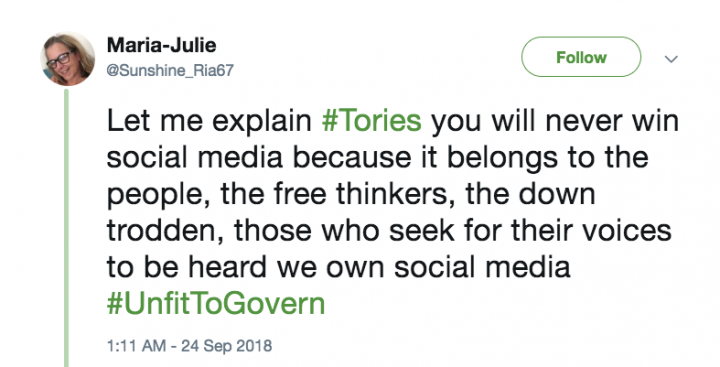 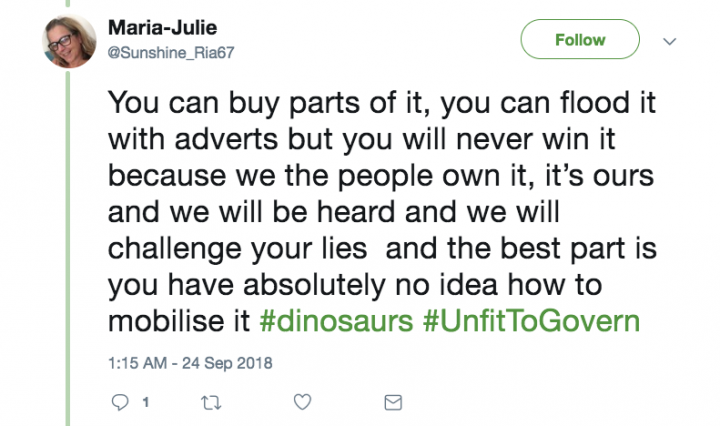 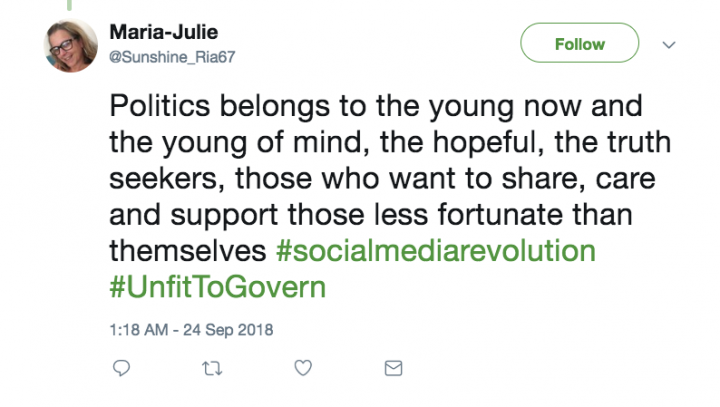 Next time the staff at CCHQ have a bright idea, they should probably just type #UnfitToTweet and take the rest of the day off.

– Contact Brandon Lewis the next time you see a Tory failing to uphold the ‘respect pledge’.