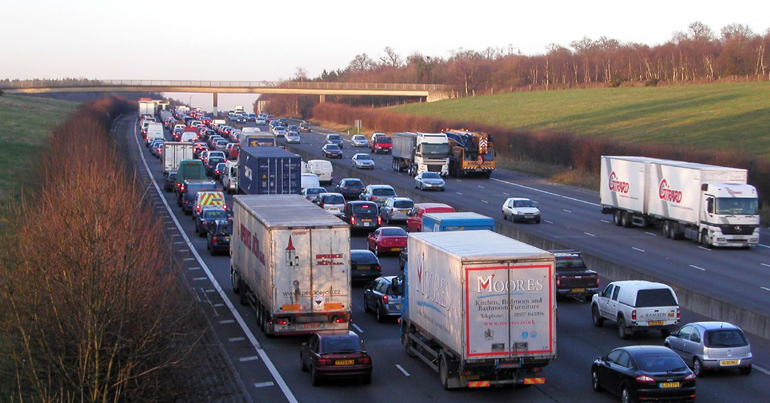 Europe needs to phase out the sale of diesel and petrol cars by 2028 if it wants to meet its commitments to the Paris climate agreement. This is according to a new study published by The German Aerospace Centre and commissioned by Greenpeace. It’s a stark warning to countries wishing to combat climate change.

Countries that signed the Paris climate agreement have resolved to limit the rise in global average temperatures to 1.5°C. In order to have a high (66%) chance of meeting this commitment, the EU will need to end all sales of conventional fossil fuel powered cars by 2028 and phase out all petrol and diesel cars by 2045.

While a 1.5°C increase is far from ideal, not meeting the goal could result in increased food and water shortages, rising sea levels, and more frequent extreme weather events.

The energy, industry, and waste sectors are moving away from fossil fuel dependence by embracing alternative energy sources such as wind and solar. Conversely, car sales have slowly risen above their pre-recession levels, increasing their contribution to the transport sector’s greenhouse gas production.

The report focuses specifically on the greenhouse gas emissions of cars, but cars are also a leading source of air pollution that negatively affects our physical and mental health.

There have been hints that governments are gearing up to take a tougher stance on polluting motor vehicles. Both the United Kingdom and France have suggested they intend to end or limit the sale of petrol and diesel cars by 2040. However, according to the report, these policies need to be introduced sooner to meet EU CO2 emission targets.

More cars are not the answer

Switching to electric cars (EVs) would come with its own set of problems. EVs still generate roughly half the CO2 of diesel cars. Also, the increased demand for lithium, a major component in EV batteries, is causing significant harm to the environment.

The solution, according to Greenpeace, is to think beyond personal car ownership. According to Richard Casson of Greenpeace, the answer lies in public transport:

The findings of this study offer a compelling reason to focus our efforts on investing and improving access to public transport and enhancing access to non-car based means of transport.

– Read more about air pollution from The Canary.