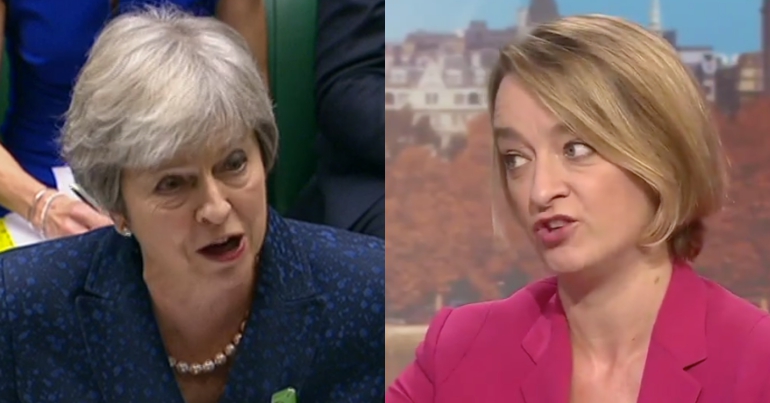 Jeremy Corbyn questioned Theresa May about the fall in the number of mental health nurses:

Today there are 5,000 fewer mental health nurses than there were in 2010. The prime minister said last week that austerity is over. When will austerity be over for the mental health services?

Not the case on the ground

But as Kuenssberg pointed out, this really isn’t the “case on the ground”.

Despite May’s claims of ‘record funding’, data from the Royal College of Psychiatrists has shown that, after taking inflation into account, mental health spending was lower in 2016-17 than it was five years previously. In 2017, there were £4.5m worth of cuts to mental health spending in England. And in July 2018, figures showed an almost 30% drop in the number of mental health beds available since 2009.

Meanwhile, people are not getting the support they need. In February, reports said patients with a serious mental illness were having to wait between a year and two years for treatment in some areas. And thousands of people across England were having to wait six months to see a specialist.

When even Laura’s telling you it’s not the case…

People noticed that this was a bit of deviation from Kuenssberg’s usual position of defending May:

For once you tell the truth

May needs to take note. If even Kuenssberg is taking her to task about the reality of mental health services, then there really is no one left who is fooled by her platitudes.