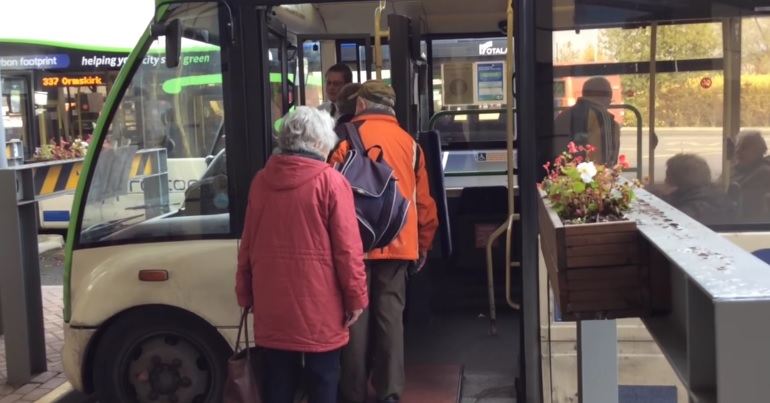 With the “ToryPoison” hashtag gaining momentum on Twitter, an outrageous decision by Tory-led Lancashire County Council is coming under scrutiny again. The council gifted its councillors the chance to get freebie iPhones on 8 August. It did so minutes before deciding to double the price of bus travel for disabled people.

Tory-led Lancashire Council all voted in favour of nice new iPhones for themselves, costing £38,000. Next on their agenda was dealing with disabled peoples bus fares, which they voted to DOUBLE, raising £43,000, which covered the new iPhone cost quite nicely. This is #ToryPoison

According to the Lancashire Telegraph, the iPhones that the council will offer its 84 members cost £455 each. The iPhone is one of four options, including keeping their current device, it will give councillors at a cost of up to £38,000. The council’s Conservative leader, Geoff Driver, says the phones councillors have at present aren’t up to scratch for “efficient and effective” work.

That the council choose to double disabled bus fares during the same meeting hasn’t gone down well though. It approved an increase to £1 from 50p for NoWcard holders, its concessionary travel pass, for those travelling before 9.30am. The Lancashire Telegraph reports this will save the council £43,000. The council Labour group’s deputy leader, John Fillis, said of the decisions:

We are doubling the cost of bus travel for disabled people but Tory county councillors will get their iPhones, so they’re happy.

Driver, however, says the bus travel increase has nothing to do with the iPhone bonanza because they “come from different types of budget”. Regardless, the council clearly didn’t pay attention to the optics of doing both at once. So, it’s emerged from this meeting looking like it’s only extremely “efficient and effective” at being selfish and callous.

But Lancashire is by no means the only council making outrageous decisions.

Lancashire County Council is not alone

In other news, Norfolk County Council has launched a consultation on the potential closure of dozens of its children’s centres:

Sounds like Norfolk Tory Council must have missed the memo with its plan to close down 46 out of 53 of our children’s centres. A service that’s vital to young children and families #AusterityIsOver pic.twitter.com/86HBZXzCBp

So, Lancashire isn’t the only council making decisions that will adversely affect its residents. This is though all connected to a bigger issue: the Conservative government’s slashing of funding for councils by approximately half since 2010.

No wonder then that even ex-Conservative government figures are starting to use the word “poison” to describe the current administration’s policies. Because that’s so blatantly what these policies are.