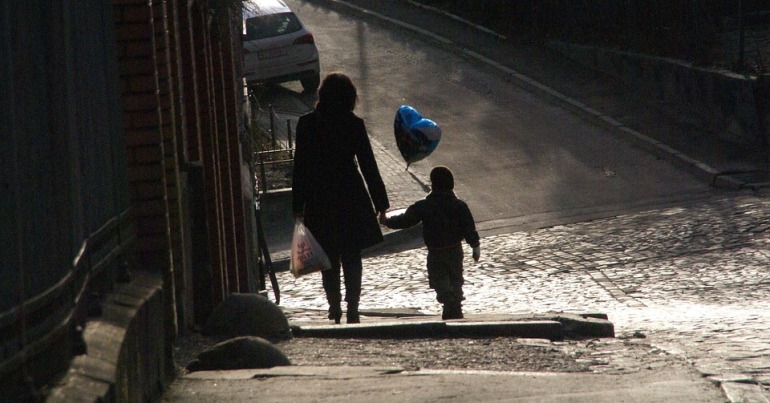 The charity Shelter has revealed that the housing crisis is disproportionately affecting single mothers and their children. The research shows that of the single-parent families made homeless in 2017-18, 92% were headed by women.

Moreover, out of all the families in England that local authorities accepted as homeless, a 66% majority were female single parents with dependent children, even though single mums only make up 22 percent of the total population. And homelessness among single mothers has risen by nearly 50% between 2009 and 2017.

The BBC programme Victoria Live discussed the issue with Shelter CEO Polly Neate and single mothers who have been affected. Neate said:

Balancing work and childcare can be difficult for any parent – add to that wildly unaffordable private rents and the chronic shortage of social homes and it’s no surprise so many are struggling to keep a roof over their children’s heads.

In addition, discrimination against people on housing benefit, combined with inadequate council housing, seem to be making the situation worse.

The discussion has followed on from news about Windsor Council asking homeless people to “clear off” ahead of Princess Eugenie’s wedding:

“What does Princess Eugenie do? Nothing.”

Karen Nel, who has been homeless for two years, reacts to reports rough sleepers in Windsor are being asked to move before Friday's Royal Wedding.#VictoriaLIVE pic.twitter.com/ywIKIItsrP

Earlier this week, a report by the Bureau of Investigative Journalism revealed the current scale of the homeless crisis. The report is titled A National Scandal.

It shared that “at least 449” people have died while homeless in the past year. On its website, the Bureau says:

We found out about the deaths of hundreds of people, some as young as 18 and some as old as 94. They included a former soldier, a quantum physicist, a travelling musician, a father of two who volunteered in his community, and a chatty Big Issue seller. The true figure is likely to be much higher.

Writing for The Canary, Frea Lockley commented on the report:

Just as important as recording these missing numbers was recording the names of these people and telling their stories. These are not just statistics. They are real people.

The Ministry of Housing, Communities and Local Government has said in a statement, reported by the BBC:

We are working to ensure people are not left without anywhere to go and we are spending over £1.2bn to prevent homelessness and rough sleeping, as well as implementing the most ambitious legislative reform in decades, the Homelessness Reduction Act.