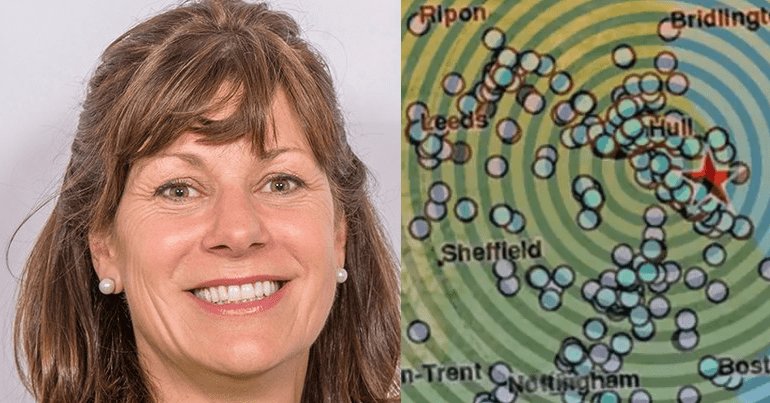 Near the point of no return

As Greenpeace Unearthed reported, Perry told a fellow Conservative MP that the earthquake monitoring system was:

set at an explicitly cautious level… as we gain experience in applying these measures, the trigger levels can be adjusted upwards without compromising the effectiveness of the controls

The Conservative energy department confirmed that the laws may be relaxed. Currently, fracking companies must stop if they cause quakes that are above 0.5 on the Richter scale.

The fracking revelation comes at the same time as a report from the UN Intergovernmental Panel on Climate Change (IPCC). The IPCC confirmed that we need to transform our energy industry urgently to avoid climate catastrophe.

Even under current emission reduction pledges, we’re headed for a 3C increase on pre-industrial levels by the end of the century. As temperatures rise, we set off a chain reaction of events. The melting of the Siberian permafrost for example releases immense quantities of methane and carbon into the atmosphere, leading to yet more warming. Spiralling above a 4C increase, and southern England will experience the temperatures of Marrakesh, while deserts spread across Italy, Spain and Greece.

“Fracking at any cost”

The government’s answer to earthquakes caused by fracking seems to be to relax the rules on earthquakes. This is a government determined to push fracking at any cost.

And it could already be much worse than some admit. At present, we have brought a 1C increase on pre-industrial levels. But there’s a delay between emissions and their effect on the planet. So 2018’s record temperatures, heatwaves and wildfires north of the Arctic Circle are only the impact of climate change from decades in the past. We have already caused some dramatic climate impacts we will be feeling long into the future.

The UK’s world class oil and gas regulations, which have a track record of success that goes back decades, will ensure that shale development can only happen safely and in an environmentally responsible way.

The seismicity levels were set low as a precautionary measure and may be reviewed in the future subject to scientific advice.

In contrast to the Conservatives, Labour has pledged public and democratically run energy firms at a local level, to deliver renewable energy.

All is not lost. We already know what we have to do to stop climate change. But instead of adopting the strategies we need, the Conservatives may be endangering our people and planet with a reckless lurch further towards fracking. It beggars belief.