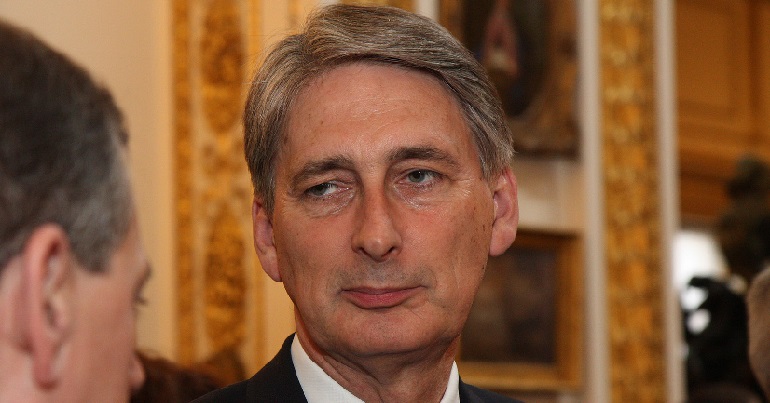 Philip Hammond is set to announce the government’s budget on 29 October. And in the run up, a new poll has found that the public is keen to see an end to austerity. It even found that the majority of Conservative voters are opposed to further austerity policies.

The poll, commissioned by the trade union GMB, gives a stark warning to the government. Its findings show that the public feels enough is enough when it comes to austerity.

This spells bleak news for the government, which is closely associated with austerity policies and cuts to public spending. Worse still, 80% of people who voted Conservative in 2017 said they want to see increased investment in public services in the autumn budget.

Prominent figures in the trade union and labour movement have since commented on the findings, arguing it shows that the government needs to end its austerity policies. GMB General Secretary Tim Roache said:

This polling shows people have simply had enough of austerity and now expect the Prime Minister to deliver on her promise to put an end to it.

The cuts, the pinching and the squeezing have gone on for far too long – it’s time to put a stop to the government’s disastrous austerity experiment that has already caused so much harm.

The Chancellor must use his Budget to press ahead with proper investment in our crumbling infrastructure, funding for our public services instead of leaving them to rot, and giving our hard working public sector workers the pay rise they deserve after nearly a decade of real terms wage cuts.

These views were echoed by the Shadow Chancellor, John McDonnell:

This poll confirms people have had enough of austerity and the overwhelming support there is for Labour’s commitment to end it. The Government has to act. We don’t want any publicity gimmicks but real action.

The poll didn’t only look at attitudes towards public services and infrastructure investment. It also asked people for their views on public sector pay.

Public sector pay was frozen or capped between 2010 and 2017. Meanwhile, teachers have condemned recent announcements to lift that cap for them, as the rises are not being wholly funded by central government.

The new research in this poll has found that properly increasing public sector pay is popular. It shows that 68% of people support a real terms pay rise for workers in the public sector.

This latest poll is part of a wider trend of public attitudes turning against austerity. Earlier this year, research found that two in every three voters thought austerity had gone “too far”. In 2017, another survey identified that a majority of people want to see more money going to the NHS, schools and police.

With public attitudes shifting, the government may need to make good on its claim that austerity is “over”. Otherwise, it could lose even more public support, and face problems at the ballot box.