Brexit 50ps made of chocolate in case the pound tanks - Canary 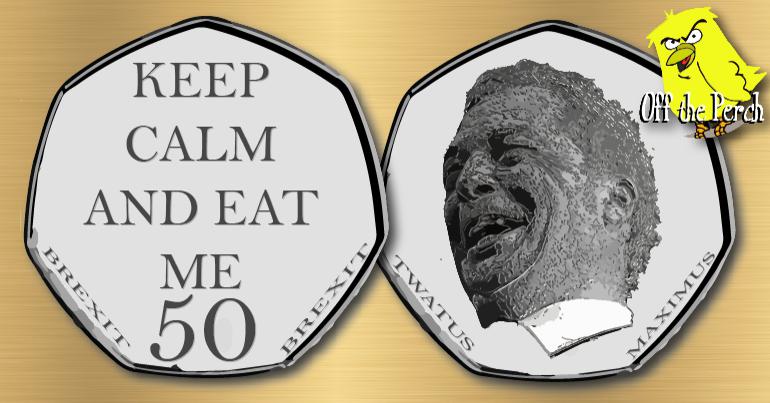 If the Tories fuck up Brexit (i.e. if they carry on as is), the economy will undoubtedly suffer. To avoid a situation in which people can’t afford food, Philip Hammond has had a genius idea: money that is food.

The eccentric Brexiteer Willy Wonka designed the coins. He agreed to make them for a mere £2.5bn on the condition that health and safety regulations would be chainsawed after Brexit.

As he said this, Oompa Loompas could be heard in the distance singing a song about their poor working conditions. Wonka looked at the camera and winked as he said:

If they think I whip them too much now, just wait until the bonfire of rights!

The original idea for the Brexit 50p was for it to be a 20 pence piece. Economists believed even that would be too valuable, though, and the same was true all the way down to 1p.

Brexiteers say economists are being too pessimistic. And there is a chance that, against form, the government will come up with a really good Brexit plan.