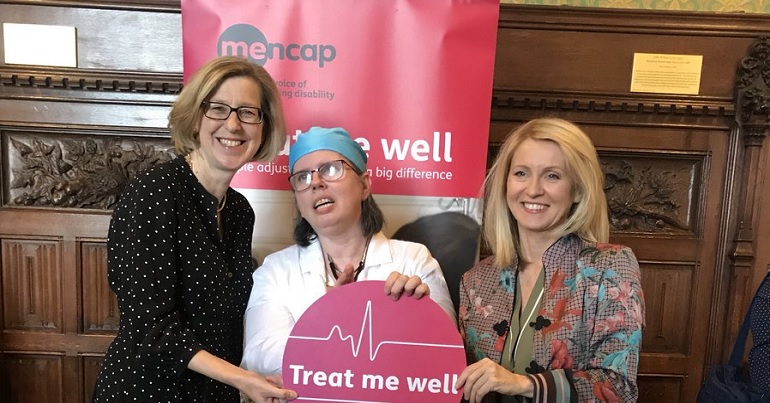 Workers are in a dispute with a disability charity over levels of pay. The charity, in turn, is blaming the government. But the row also shows the deep-rooted problems in the industry. And while the charity rows with workers over pay, it gives its top boss over £140,000 a year,

A disability charity under fire

As the Bristol Cable reported, a group of Mencap workers are protesting about pay. The learning disability charity provides, among other things, social care services for councils; including housing for learning disabled people.

Mencap’s row with workers is about the wages it pays when they have to sleep in at its independent/supported living accommodation. Rates reportedly used to vary for an eight-hour shift; Mencap paid some people £19 while others get £30. After a legal challenge, Mencap began paying its staff the National Living Wage (NLW).

But Bristol Care Workers Network (BCWN) which represents some Mencap staff is not happy. It’s campaigning for Mencap to give staff back pay for historical sleep-in shift and raising concerns over the legal case. But it’s also highlighting the care sector’s treatment of workers. So, on Saturday 27 October it held a demo in Bristol:

The row involves a court case Mencap won. As the Bristol Cable reported, the trade union Unison took on the case of one employee unhappy with Mencap’s sleep-in rate. It went to a tribunal and won in April 2017; the judges’ ruled that Mencap should pay the NLW and make back payments. In June 2017, Mencap said it would pay staff the NLW for sleep-ins; backdated from April that year.

But in July 2018, the charity appealed the tribunal decision and won. So now, Unison is taking the case to the Supreme Court. Mencap says if it loses it would cost it £20m in back pay alone. And this would cost the care sector around £400m overall.

The back pay is one of the central issues. But the workers are also concerned about the legal implications of Mencap’s court victory. Because, while Mencap is now paying the NLW for sleep-in shifts, care/support work companies are now not legally obliged to pay it.

Because of Mencap, millions of low-paid workers will now be denied the NLW for their sleep shifts.

The row between Mencap and its workers is all the more chaotic because of the government’s muddled rules. Previously in October 2016, the government issued guidance saying:

A worker who is found to be working, even though they are asleep, is entitled to the… NLW for the entire time they are at work

As Mencap itself noted, the government also got HMRC to try and enforce the back payments with fines. But paying the NLW was still not legally enforceable; hence the Unison court case. In July 2017, HMRC suspended its enforcement action. Then, in November 2017, the government brought in more guidance. It was a “compliance scheme” to help care companies paying staff backdated money.

Mencap’s appeal win in July 2018, has caused the government to reconsider its guidance about sleep-ins getting the NLW. And it’s this which BCWN blames Mencap for.

Mencap, on the other hand, blames the government. It told the Bristol Cable:

We are sad that this protest is directed at a charity, rather than at the government which is responsible for creating this mess.

The government is also ultimately responsible for ensuring statutory care to the 173,000 people in the UK with a learning disability who are entitled to it.

You can read a full statement from Mencap here.

BCWN hit back. It said:

We believe that Mencap’s decision to go to court and fight this decision was misguided. Rather than trying to use their strength and power to coordinate a campaign against the government, Mencap have gone for the easy target – us the workers.

The issue of Mencap back pay is a contentious one. It says that it can’t use financial reserves to pay the back pay bill because:

Our reserves are mainly property assets including housing for people with a learning disability across the country.

As its accounts show, as a group (including limited companies which are subsidiaries) it had £68.4m in available funds at 31 March 2017. Meanwhile, it pays its top employee over £140,000 a year.

Meanwhile, sleep-in shifts can be difficult for staff. As one worker told BCWN:

There have been many times I have had a sleepless night during a sleep-in and then have the responsibility to administer medication to clients. In recent years there have been criminal prosecution charges brought against others who have given the wrong amount of medication that I administer to my clients…

But moreover, this situation sums up how many social care staff feel about their jobs. As BCWN said:

We know just as well as anyone about the lack of funding from Local Authorities and the Government. It’s our services that are being cut, and as always the people that suffer most are the people we support and ourselves. Workers should not be made to pay for the under funding of health and social care.

We have had enough of the low pay, the long hours, no sick pay, the attitude that unpaid work is “just part of the job” and our caring nature being taken advantage of. Enough is enough.

The situation with sleep-in shifts is chaos. If Unison loses the Supreme Court appeal, it will probably lead to employers no longer paying the NLW for these shifts. But it will most likely also let the government backtrack on its previous guidance. Social care and support workers are already underpaid and under-valued. Mencap and the government could well entrench this even further. And ultimately, it will be learning disabled people who suffer the most.