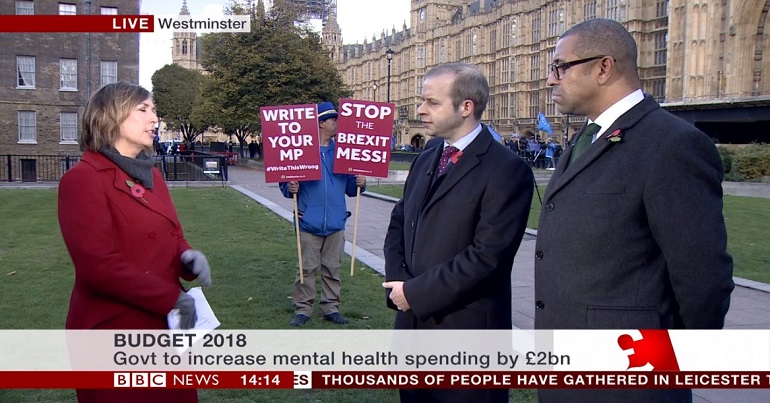 A protest during a live BBC News broadcast summed up the chaos in government over Brexit and the budget. In all honesty, the protester seemed to have more idea of what was going on than Tory ministers do.

At just after 2:10pm on Monday 29 October, the BBC News channel was broadcasting from outside parliament. Labour’s Jonathan Reynolds and Conservative James Cleverly were discussing the budget. But a ‘Stop Brexit’ protester saw an opportunity to get his message out there.

The wily demonstrator can be seen sidling into shot, perhaps pondering how camera shy he was feeling: 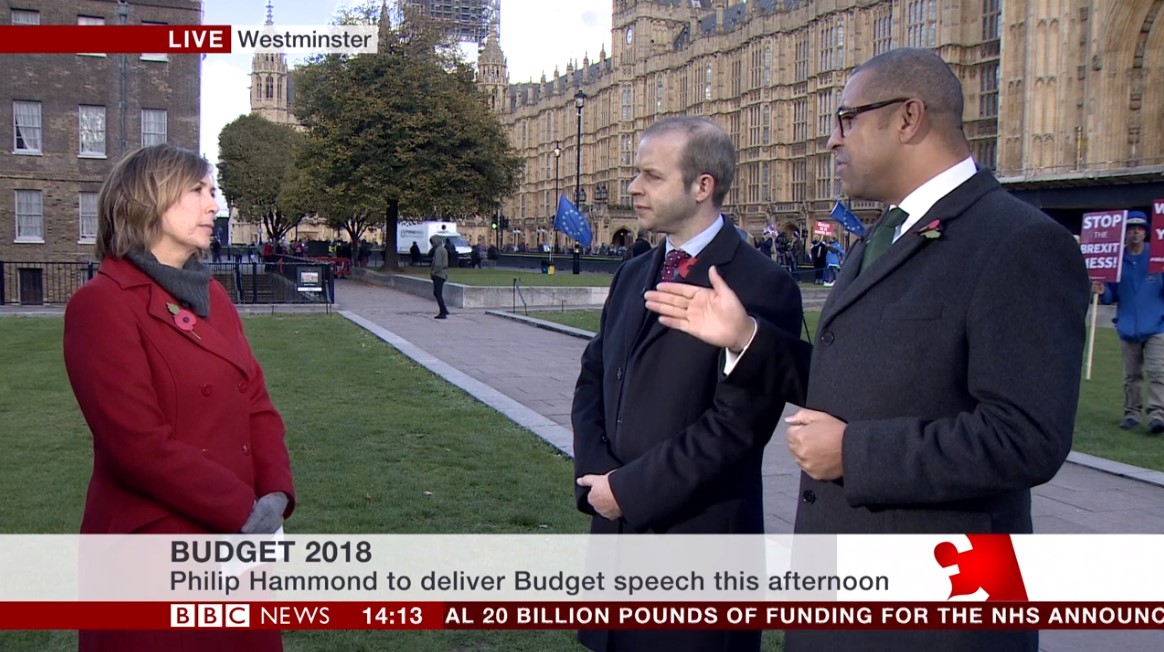 He quickly took centre stage during the interview: 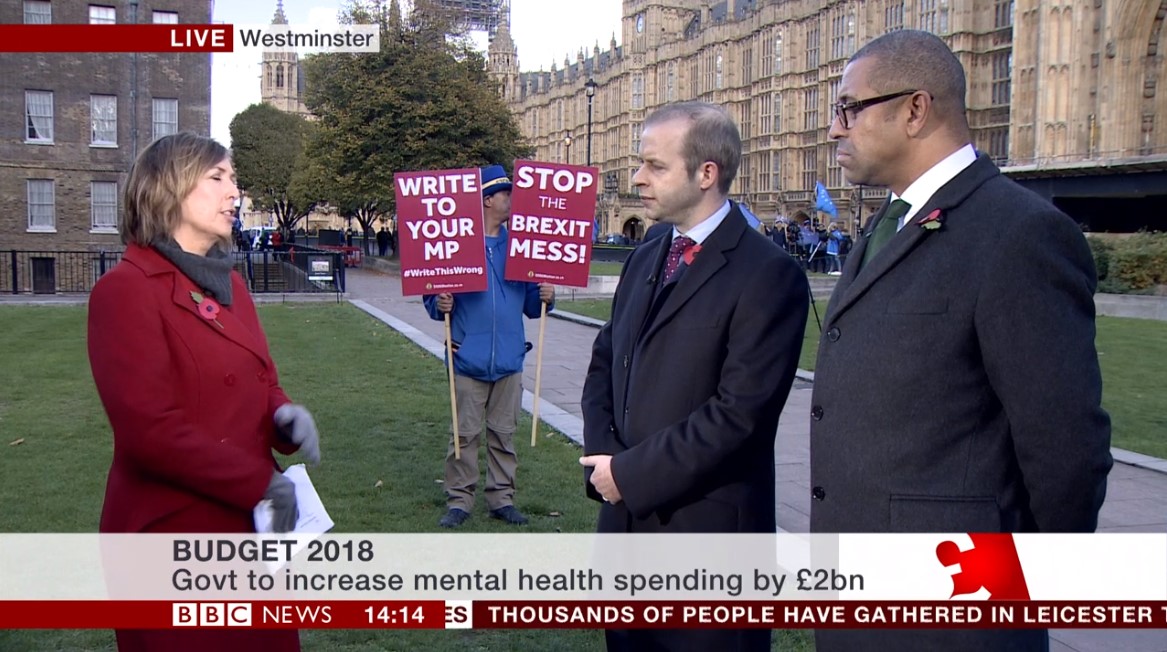 He then got up-close and personal with the MPs: 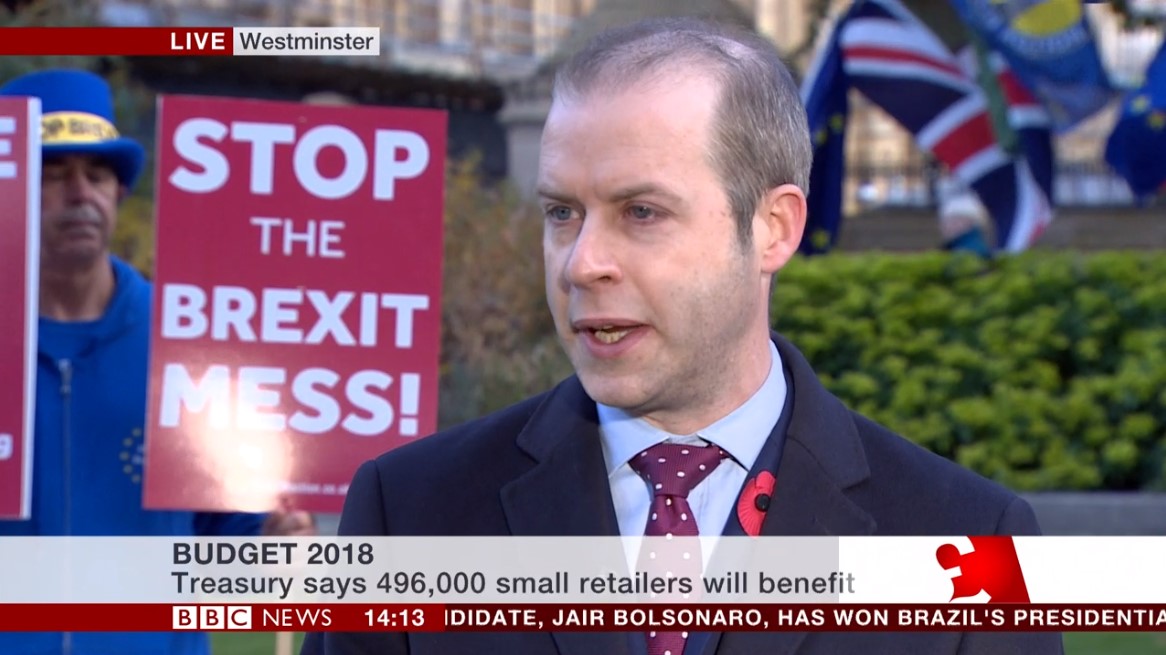 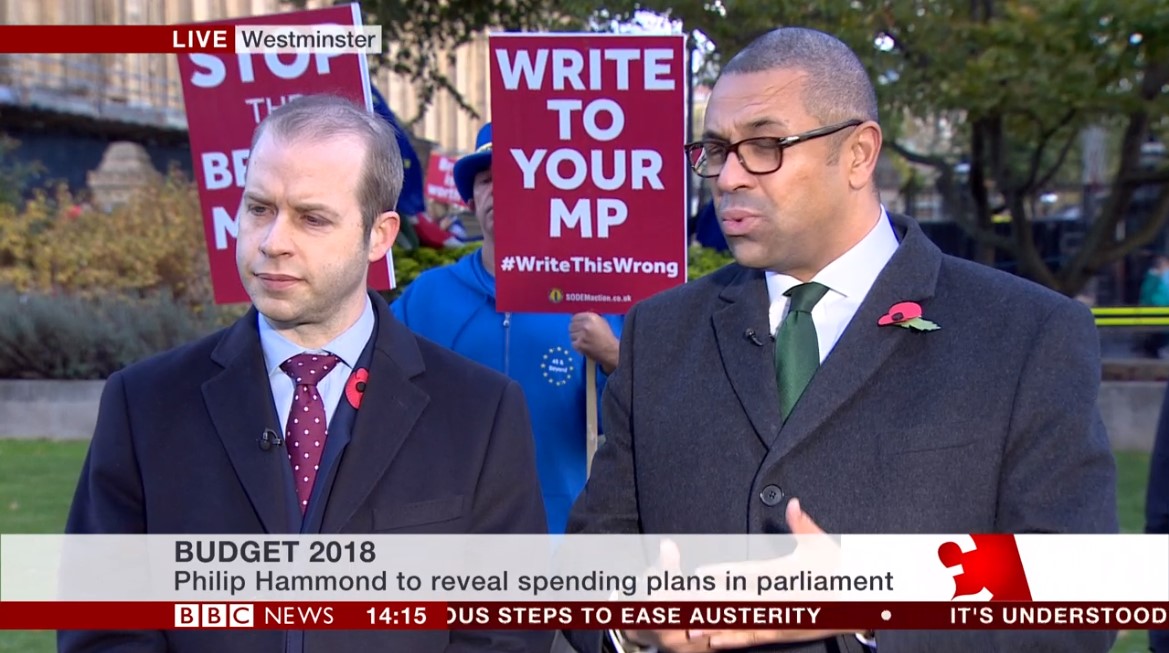 The BBC didn’t stop his protest. But his “Brexit Mess” sign also summed up nicely the day’s chaos in the Conservative Party.

As BBC News reported, chancellor Philip Hammond spoke to Andrew Marr on Sunday 28 October. He said that if there was a ‘no-deal’ Brexit:

What is going on? The PM and The Chancellor contradicting each other. On the day of the budget. We’ve never seen anything like this. https://t.co/8UgYSFolx8

But it also underscores the growing Conservative chaos over Brexit. And it perhaps signals a problem in the relationship between the PM and her chancellor. For her office to slap him down hours before he takes to the dispatch box is quite staggering. More trouble ahead for the most troubled government in living memory? Brexit could be the least of its worries.