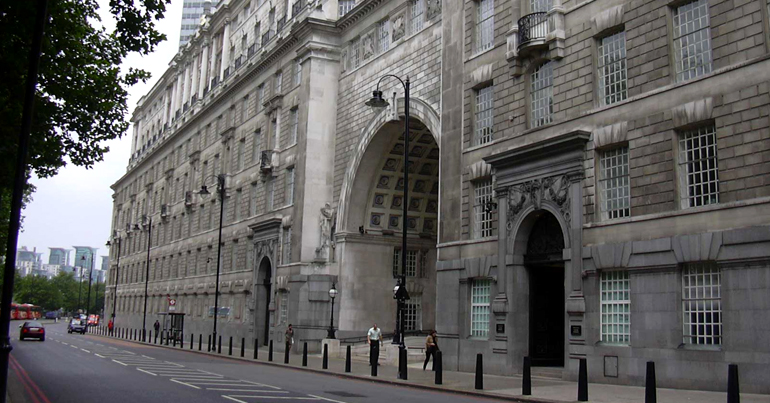 The Guardian reported on 28 October that state security agency MI5 will receive remit to monitor “far right extremism”. Some people on social media quickly celebrated the news. But it’s not as welcome as some are making it out to be.

As reported by the Guardian, the responsibility for tracking “extreme rightwing activity… suspected of amounting to terrorism” currently falls to the police. But months of high-level government and police discussions mean MI5 will be given the reins. The Guardian said this move comes:

It will place the far right at the top of terrorism matters, alongside Islamist and Northern Ireland-related terrorism. But far-right threats aren’t yet considered to be as “severe” as those posed by Islamist extremism.

The change means MI5 will identify suspects, plots, and threat levels. But police – specifically the counter-terrorism squad SO15 – will take the lead on ‘disrupting plots’ and making arrests.

Some on social media welcomed this news:

About time this government treated the threat from far-Right terrorism as seriously as that from Islamist terrorism. – MI5 to take over in fight against rise of UK rightwing extremism https://t.co/ljO6xQ4cwP

Great news from MI5 – lets hope they start in the Houses of Parliament with Lord Pearson and then Arron Banks, Farage, and a lot of Tories.. and even some of Labour https://t.co/Kq7GcYGEHQ

5/~ MI5 to take on British Neo-Nazis? Great – so long as you understand their main threat is not terrorism but attacks on democracy, minority communities and the labour movement. That's what fascists do. https://t.co/NEtCB7LCms

And this point of view is understandable. Because the far right is growing across the UK. With this growth, murders and other horrific attacks committed by the far right have increased. One tweet sums up why people are welcoming the move:

It is interesting news that MI5 will now take over investigations into far right terrorist threats – it is welcome that the risks are being taken seriously. There is a note of caution however – MI5 will only take over when a far right group is identified as a terror risk. 1/3

But MI5 isn’t squeaky clean. And the agency’s past and present has led some people to question the value of the announcement.

Before praising MI5, let's also not forget that the UK's security services have their own long history of "undermining democracy, minority communities and the labour movement" too. https://t.co/WkZtEvJ0Jp

Others have echoed this:

"MI5 to take over in fight against rise of UK rightwing extremism". Given the known collusion between the security services and the far-right (inc terrorists) in the past, somehow this doesn't leave me feeling any safer. https://t.co/Cby47IRezI

Oh great, because MI5 are so objective and also, who will be next to fall into the category of being worthy of surveillance? https://t.co/onkR5Crwhh

The problematic history of the UK’s approach to ‘extremism’ is most starkly revealed in the ongoing spycops scandal. Authorisation for extreme measures gave dozens of undercover police officers the chance to cause immense harm. This included sexual abuse and direct involvement in criminal acts while they were part of social and ecological justice groups.

Meanwhile, MI5 has engaged in ‘unlawful’ acts against privacy; sending British Libyans to fight against Muammar Gaddafi, and even spying on Jeremy Corbyn. Not to mention a decades-long partnership with the BBC to screen out left-wing “subversives”. The agency has also had authorisation to commit criminal acts since 2014.

There’s no question that the far right in the UK is growing bolder. And it’s something we should all resist. But expanding the remit of an often unaccountable body such as MI5 is dubious at best.

In our experience, every new piece of public order and anti-terrorism legislation is eventually used to clamp down on legitimate political dissent and resistance to injustice, often in ways that some who supported and voted for it never imagined.

Britain’s police are no friends to the left. This is borne out by both history and the present. And the country’s national security services aren’t either. So if we start expanding MI5’s remit now, it will probably be only a matter of time until those same powers are turned on us.

– Consider community organising to fight the far right, rather than relying on police and the state. Check out groups such as Anti-Fascist Network and Football Lads and Lasses Against Fascism.