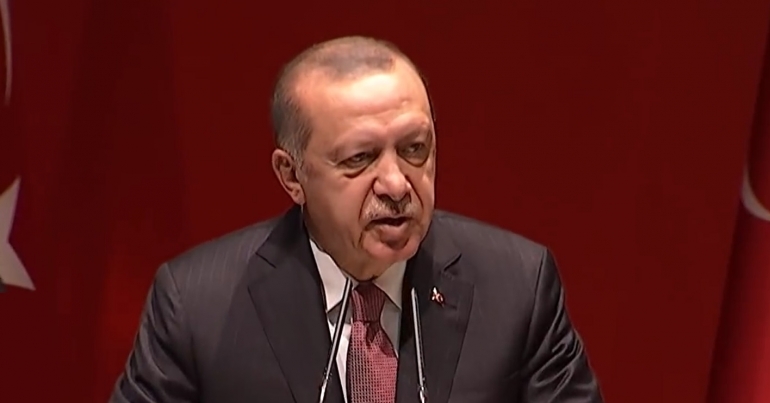 Turkey reportedly shelled the Syrian village of Zor Moghar on 28 October. Ironically, it was simultaneously hosting an international summit on Syria that called for “an inclusive, Syrian-led and Syrian-owned political process”.

Using Khashoggi’s murder as a distraction

Turkey was apparently targeting left-wing and Syrian Kurdish-led People’s Protection Units (YPG). The YPG press office said the attack had killed one person. According to the Region, civilians were also injured and homes damaged as a result of the shelling. The YPG press office declared that they would defend themselves “by any means necessary” and claimed to have killed two Turkish soldiers in Turkish-occupied Afrin. Kurdistan 24 also reports that Turkish-backed forces are violating an international agreement by committing attacks on positions in the Syrian city of Manbij.

Tanir was a correspondent for Cumhuriyet, one of the last secular newspapers in Turkey, until mid-2016. A Turkish court recently issued an Interpol ‘red notice’ against him.

Consolidation of the ‘ultranationalist’ press

A Turkish court sentenced 13 Cumhuriyet journalists and executives to “two to eight years” in jail earlier this year. The European Federation of Journalists “strongly condemned” the prosecutions and sentences. The Turkish Minute reported that over a dozen journalists left the Cumhuriyet after an “ultranationalist takeover” of the paper in September. Erdoğan’s government works in alliance with the far-right MHP party. The Canary has been reporting that Turkey only allows chauvinistic outlets free rein since 2016. The situation has only continued to deteriorate.

Tanir, who is now executive editor of Ahval News, explained that Erdoğan is the “last person in the world” who could be described as “friendly to the free media”:

Erdogan has shut down hundreds of media outlets since 2016…

Erdogan has been dismantling Turkish media for over a decade. Turkey had a very lively media until a couple years ago. Despite his efforts, Turkey still had a media that represented very different segments of Turkish society. Since the coup attempt in 2016, now basically 90 percent of the media in Turkey is under the thumb of Erdogan.

The Canary also pointed out previously that:

there has been little international outrage about the four journalists murdered since 2015 under his regime in Turkey; or of Kurdish journalist Rohat Aktaş, whose cause of death is still unknown.

The Platform 24 press group, meanwhile, has reported that:

The world’s largest jailer of journalists

The number of journalists imprisoned by the Turkish state since the introduction of “emergency powers” following the failed coup attempt range from 73 to 152.

Two of Tanir’s former Cumhuriyet colleagues – Alican Uludağ and Duygu Güvenç – have also been indicted for “publicly degrading the judiciary” for their coverage of a trial of US pastor Andrew Brunson.

One imprisoned journalist, Zehra Doğan, was recently awarded the International Women’s Media Foundation’s 2018 Courage in Journalism Award. Doğan was sentenced to nearly three years imprisonment for painting and reporting about the destruction of the town of Nusaybin by Turkish forces.

In short, Erdoğan’s Turkey is one of the worst places in the world to be a journalist. And we should not allow it to create a false image of itself in the eyes of the world – especially not as it occupies and terrorises northern Syria.

– Write to Theresa May and your MP about Turkish-led abuses in northern Syria. Until these stop, ask them to cancel and stop approving arms sales to Turkey; and support Campaign Against Arms Trade to help make that happen.