Media freedom is under attack in Turkey, but this horrific newspaper is still in print - Canary 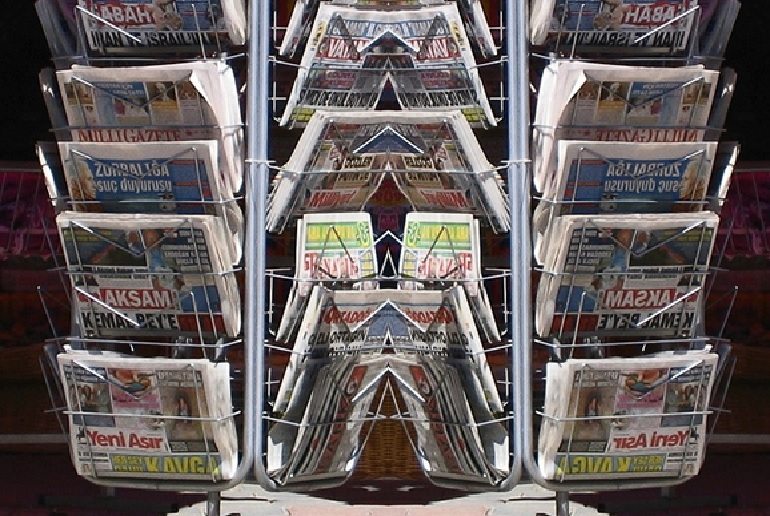 On 13 June, British media outlets jumped all over the story that a pro-government newspaper in Turkey had used the Orlando massacre as an opportunity to call its homosexual victims ‘perverts’. But few delved deeper into what this statement said about the current political situation in Turkey, and why it matters so much in the larger debate about defeating chauvinism and terrorism.

The headline released by the right-wing Yeni Akit newspaper read: “Death toll rises to 50 in bar where perverted homosexuals go”. The article also referred to the victims of the attack as “deviants“.

In other words, Yeni Akit is the very definition of a chauvinist organisation.

But all countries which respect freedom of expression have to allow hateful and unsavoury characters to publish, right? Some fundamentalist ‘Christians’ in the USA, for example, have acted since the Orlando massacre as though the victims had it coming because of their sexual preferences.

What’s so different about Turkey’s chauvinists?

The big difference with Turkey is not that it has media outlets which regularly deal in hate speech – many countries have that – but that these are the only outlets that are truly allowed free rein.

President Erdoğan is a man who started a war (and destroyed peace negotiations) solely to stay in power. He’s a man who consolidated this power by increasingly courting the votes of Turkish fascists and fundamentalists. And he’s a man who has manipulated and suppressed the media in order to hide the reality of military curfews in Kurdish communities – which are thought to have killed at least 310 civilians between August 2015 and March 2016. (The Canary has covered the war crimes and destruction in just two of these areas – Cizre and Nusaybin.)

To top all of this, Erdoğan has also served as a “mediator and ally” for Daesh (Isis/Isil) and other jihadis in Syria, either directly or indirectly.

In order to control his image at home and abroad, then, Erdoğan has effectively shut down any free or independent media outlets that would dare to criticise him. And this leaves outlets like Yeni Akit as the dominant conveyors of pro-government rhetoric.

Reporters Without Borders (RSF) have called Turkey the “largest prison for journalists”, and Erdoğan has had almost 2,000 court cases filed against individuals for insulting him since he was promoted from Prime Minister to President in 2014.

The destruction of freedom of speech in Turkey

There have been a number of telling signs regarding the deterioration of media freedom in Turkey:

The likes of Yeni Akit, and the dangerously chauvinist views they promote, are essentially the main voices allowed to speak in the Turkish media today. Independent outlets are being killed off – along with media freedom. Pro-government outlets are gaining power and influence. And this situation has seen what little democracy Turkey had whither away with great speed.

Considering that Turkey is a powerful and heavily-armed member of NATO, and one of the west’s biggest allies in the Middle East, we cannot afford to ignore this reality.

– Write to David Cameron and your MP to ask them to encourage the Turkish regime to respect freedom of expression and resume peace talks with its Kurdish communities.

– In the meantime, join at least 400,000 Brits who have already cancelled holidays in Turkey, and support the boycott campaign here.